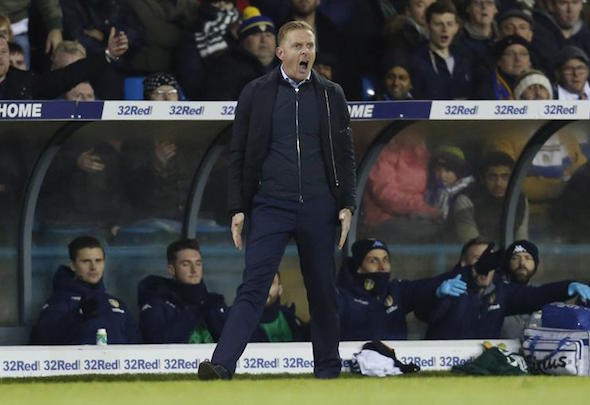 Steve Claridge has claimed that Leeds are capable of being among the top six clubs in the country in the wake of their 2-1 FA Cup win against Cambridge on Monday night.

Garry Monk’s side came from a goal down to win a tricky third-round tie at the Cambs Glass Stadium thanks to second-half goals from Stuart Dallas and Alex Mowatt.

It was the fifth win in six matches in all competition for high flying Leeds, who have genuine ambitions of securing a place in next season’s Premier League.

The Yorkshire giants are fifth in the Championship just after midway point of the campaign after accumulating a haul of 45 points from 25 matches.

“Leeds have the capabilities of being a top six or seven team in the country,” said Claridge, as quoted by the live FA Cup blog on the BBC Sport website on Monday (9.53pm). “They will get 35,000 every home game if they win promotion to the Premier League. They have the ammunition and quality to give it a real go.”

The claim is remarkable given that Leeds have been outside of the top flight for the last 13 years, after suffering financial issues and a series of let-downs and public embarrassments.

However, there is now hope of a brighter future inspired by last week’s takeover by new joint owner Andrea Radrizzani and the team’s transformation effect by Monk,  who has made a huge impact at a club that stuttered to a 13th place finish last season.

Leeds have high hopes of clinching a place in the play-offs, although automatic promotion is a more distant objective.

The Yorkshire giants are seven points behind second-placed Newcastle and nine adrift of leaders Brighton.

In other Leeds news, the club are in talks to sign a £10million-rated Premier League striker.