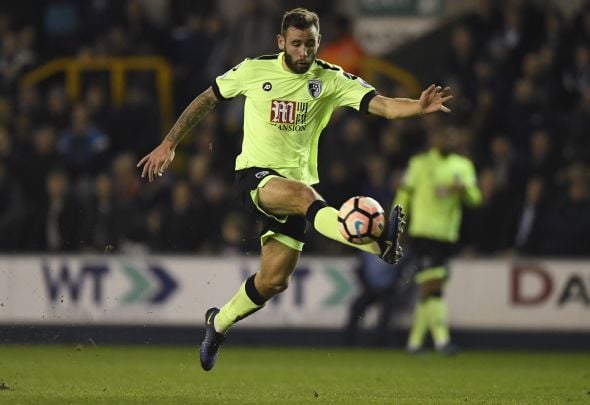 Steve Cook has informed Tottenham that he and his Bournemouth teammates will be scrupulously analysing Spurs’ strengths and weaknesses.

Speaking to Bournemouth’s official website, defender Cook revealed he thrives on playing against the Premier League’s top sides after going up against Chelsea on Saturday.

Cook, 25, told fans that the Cherries will be going through ways in which they can capitalise on Spurs’s weaknesses, which will come as a warning to the north London outfit ahead of this season’s clash.

“This is why we’re playing football,” Cook said. “To play against these top-quality sides. It is tough physically and mentally but this is what we’re paid to do.

“The good thing is that the next game’s round the corner and hopefully we can put this right and move back up the table.

“We’ll be working through Spurs’ strengths and weaknesses next week but before that we’ll recover after playing against a very tough side.”

Tottenham have won 11 of their last 11 home games in the Premier League, securing wins against the likes of Chelsea, Everton and Southampton at White Hart Lane.

However, Spurs must be wary if they are to secure three points against Eddie Howe’s side this weekend, as the Cherries have taken points off Liverpool, Arsenal and Man United this season.

Spurs will be looking to go one better than the reverse fixture against Bournemouth, as they drew 0-0 away at the Vitality Stadium back in October.

Three points will see Spurs close the gap to four points, before Chelsea travel to rivals Man United on Sunday in what will be a huge clash.

In other Tottenham news, this 26-year-old Spurs ace will be in the first team soon according to Kieran Trippier.