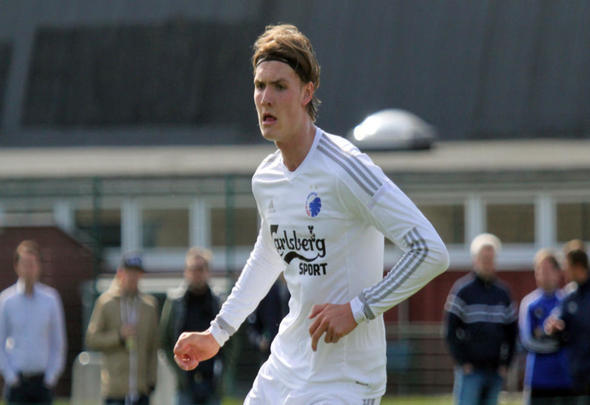 Young free agent striker Julian Kristoffersen is hoping to be offered a deal by West Ham this summer, according to a report.

The Mirror have reported via their live transfer blog (Sunday, 04.57am) that the 20-year-old, who left FC Copenhagen earlier in the summer is looking to move to England with hopes of it being with the Hammers.

The Norway Under-21 international has spent time in east London and is said to have arrived at Slaven Bilic’s side last week after spending time on trial with Championship outfit Birmingham City.

It is detailed that he scored two goals in a behind-closed-doors clash, but he still failed to land a deal at the second tier Midlands club.

West Ham themselves have been keen to add more firepower to their team this summer and have been linked with a number of forwards, including Bayer Leverkusen’s Javier Hernandez, who is reportedly close to join.

Now, Kristoffersen, who has made four senior appearances for Danish giants Copenhagen, scoring twice is unlikely to break into the first team immediately, but could be an option for the future if he signs.

Little is known of Kristoffersen in the United Kingdom and in the Norway international ranks he has often failed to find the back of the net with just one strike in 22 caps across Under-16, 17, 18 and 21 level. However, clubs are casting their eye over him before making a decision and if a West Ham chief believes he is good enough for the club then he could become an exciting prospect. It is felt by many that the Hammers have to put a bit more focus on their once productive academy and signings like Kristoffersen could certainly go either way in the long-run.

In other West Ham transfer news, these European giants have made a move for Hammers midfielder.