The centre-forward, 21, has emerged as a strong target for the Scottish champions this month as they look to sign a player who can provide competition and cover for Odsonne Edouard.

A Celtic source has told Football Insider that discussions are to take place with his club over a deal that would take him to take Parkhead on a permanent deal. 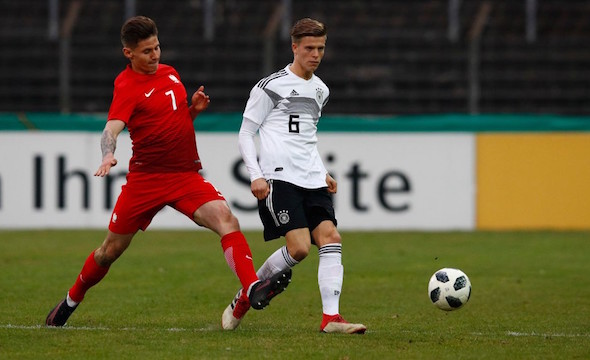 The Poland under-21 international is expected to be available for transfer this month as his club look to cash in on their prize asset.

A fee of around £5million would seal the deal for player who fits the Celtic template of having immense potential and the capacity to develop and generate a sell-on profit in the years to come.

Celtic have had immense success in signing top young European strikers in recent years, most notably Edouard and Moussa Dembele.

Edouard initially proved himself on season-long loan before becoming the Hoops’ record signing at £9m.

Klimala would come far cheaper but has demonstrated his pedigree with seven league goals in 17 appearances for Jagiellonia Bialystok this season.

Celtic would face competition to sign him this month, but he is on their shortlist of striker targets this month.

Neil Lennon has made no secret of his desire to recruit up front after the club concentrated on reinforcing the keeper, defensive, midfield and wide attacking positions last summer.