Noel Whelan has heaped praise on Pablo Hernandez for his Leeds United man of the match performance and tipped him to make a big impact against Luton Town tomorrow night.

The former Leeds and Coventry striker, speaking exclusively to Football Insider correspondent Dylan Childs, called the introduction of the 35-year-old at half-time of Saturday’s win over Fulham a “stroke of genius” from Marcelo Bielsa.

The Whites went into the half-time break a goal to the good thanks to an accomplished finish from Patrick Bamford but Fulham were in the ascendancy at Elland Road.

The Argentinian’s substitutions paid dividends, Alioski doubled Leeds’ lead just before the hour mark before a sensational pass from Hernandez allowed Jack Harrison to put the game beyond doubt.

When asked by Football Insider for his Man of the Match in the 3-0 home win, Whelan said: “The importance of Pablo is huge to that team.

“We could see after the Bamford goal that we lost control of the game. It was all Fulham.

“We were panicking but a stroke of genius from Marcelo.

“We needed experienced and an older head. Someone to calm everyone down.

“Every player is better when he is out there. He controls and dictates the game. He always wants the ball and always finds the right pass. Marcelo saw that. 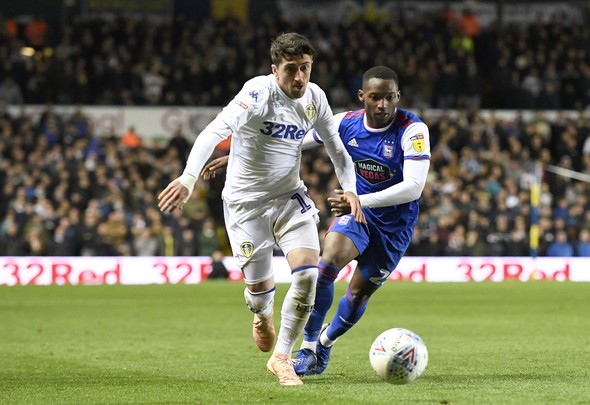 “They controlled the second half and you could see that he was the difference.

“I do not care what age he is, you cannot take away class and quality. He was instrumental in that second half. His vision is second to none and we will need that against Luton, so I expect him to play.”

In other Leeds United news, it can be REVEALED that Liverpool have been told they will have to pay £35million for defender.