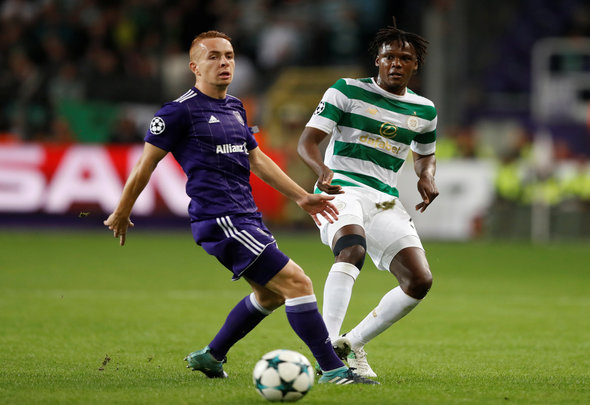 Celtic made heavy work of Sunday’s Scottish Premiership clash with Hamilton as they laboured to a 2-1 win – and fans were furious with Dedryck Boyata’s performance at New Douglas Park.

The Hoops took an early lead through Callum McGregor before being pegged back not long after as Martin Canning’s side fight for survival in the Scottish Premiership.

After a contentious red card for Hamilton’s Darren Lyon, Celtic re-established their lead through half-time substitute Leigh Griffiths before seeing out the game and securing the three points.

Hoops fans were not impressed with the Belgian defender’s performance against Accies – with one saying the champions should just leave him in Hamilton.

It worries me that at half time when we needed to sacrifice a defender for Griffiths that Rodgers chose Hendry over Boyata. It's a real blind spot for Brendan. #Celtic 🍀

Boyata and Ajer still gie me the fear.

Boyata has made 33 appearances for Rodgers’ side this season after missing a considerable amount of time at the start of the campaign with a knee injury.

With a trip to Hampden to face Rangers at Hampden next weekend in the Scottish Cup semi-final, Celtic fans are worried Boyata could cause their hopes of a historic back-to-back treble to go up in smoke.

In other Celtic news, a Portuguese club are interested in signing a Hoops player