Sunderland are working on a deal to sign a Rangers player and could wrap it up in the coming days, Football Insider can reveal.

The League One big hitters are keen to strengthen their squad this month as they look to boost their promotion hopes.

A Sunderland source has told Football Insider that the club have made a move for a Rangers player and are keen to get a deal done.

Mystery surrounds his identity at the time of writing, although one possible name that has been mooted is Greg Docherty, the 23-year-old central midfielder who has been on the fringes of the Rangers team all season.

The Light Blues are also looking to move on the likes of Matt Polster, Jamie Murphy and Glenn Middleton.

Steven Gerrard has said he will listen to loan offers for a number of senior player this month as he looks to trim the wage bill and reduce the numbers in what had become a bloated squad.

The Scottish title chasers have already sold winger Eros Grezda and terminated the loan spell of Andy King, who is on the verge of joining Huddersfield Town as he undergoes a medical today. 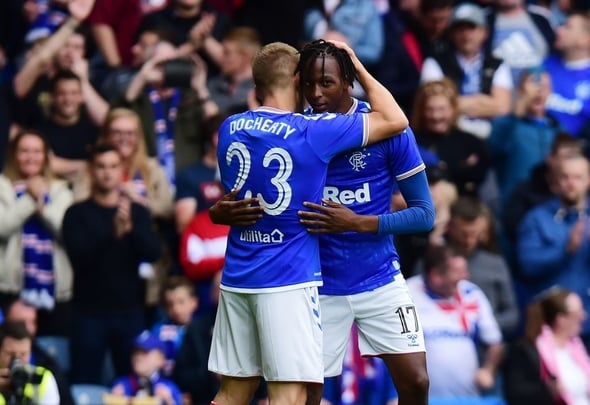 Sunderland’s pursuit of a Rangers senior player comes after they this week completed the capture of former Ibrox striker Kyle Lafferty.

The giant Northern Irishman, 32, has penned a short-term deal with the League One outfit which runs until the end of this season.