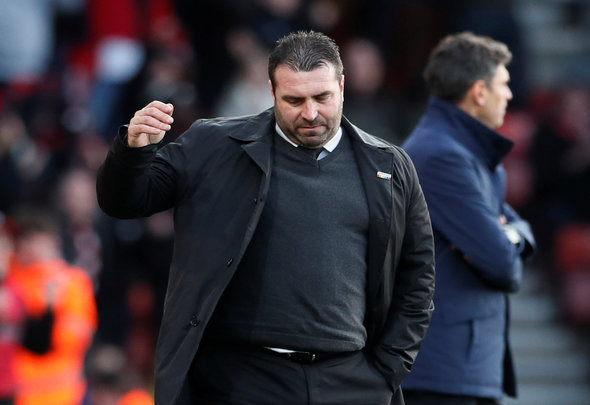 Everton caretaker manager David Unsworth has confirmed that the Goodison Park board is in talks with candidates for the permanent job in charge of the club.

The Times has reported that a clutch of managers have undergone discussions with Everton as they hunt for a replacement for Ronald Koeman after he was sacked from his post over a month ago.

It is understood that Sam Allardyce has restarted talks with the Merseyside club with Shakhtar Donetsk’s Paulo Foseca and Shanghai SIPG’s Andre Villas-Boas also being in contact.

Unsworth, speaking to the press on Tuesday, has now confirmed that although nothing is yet concrete, the board have been in discussions with potential successors to Koeman.

“As we sit here now I believe the board are talking to a few people. Talks are ongoing but nothing is finalised,” he said, as quoted by Liverpool Echo journalist Phil Kirkbride on his personal Twitter account.

DU: "As we sit here now I believe the board are talking to a few people. Talks are ongoing but nothing is finalised."

Everton’s search for a new manager has lasted over five weeks and has shown little signs of coming to a conclusion until recently after it was widely reported that Watford’s Marco Silva was their main target – which ended up being a dead-end.

Back-to-back heavy defeats last week appear to have sparked the Toffees chiefs into action with senior man Unsworth overseeing just one win in his seven games in charge, conceding nine goals in his last two.

Everton face West Ham at Goodison Park in their next Premier League fixture on Wednesday night.