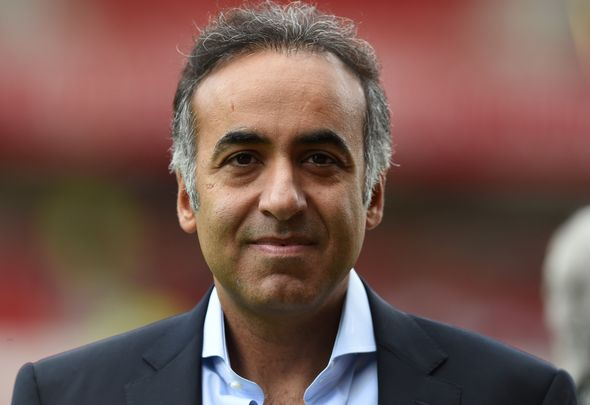 Nottingham Forest are in secret talks over a takeover approach from Olympiakos owner Evangelos Marinakis, according to a report.

The Guardian claim that the Greek chief has already begun talks over a bid to join forces with current Forest owner Fawaz Al-Hasawi and help the club retain their Championship status.

It is believed that Marinakis has already influenced a number of key decisions at the club, hinting that talks between the two parties have already reached an advanced stage.

Marinakis is understood to have had an influence in the reported decision to appoint former Rangers boss Mark Warburton as the new manager at Nottingham Forest on Tuesday.

Frank McParland, meanwhile, one of Warburton’s former colleagues, has already been appointed as director of football at the City Ground.

If Marinakis’ proposed takeover bid is approved, he would replace Al-Hasawi as the majority owner at the club, but the current Forest chief would still remain involved with the club, which is unlikely to please fans.

Al-Hasawi came close to striking a deal to sell the club during the January transfer window to American businessmen John Moores and Charles Noell, but the deal fell through at the last minute.

But Marinakis has revived his own takeover bid, after failing in an approach to buy the club last summer. He had also identified Philippe Montanier as the club’s new manager, who was sacked in January.

Nottingham Forest currently sit just two points clear of the Championship relegation zone, and with just three league wins from their last 10 matches, look set to be drawn into a relegation scrap.

However the potential arrival of both Warburton and Marinakis represents a big effort from the club to retain their second tier status.

In other Nottingham Forest news, fans have reacted on Twitter to the potential arrival of Warburton at the club.