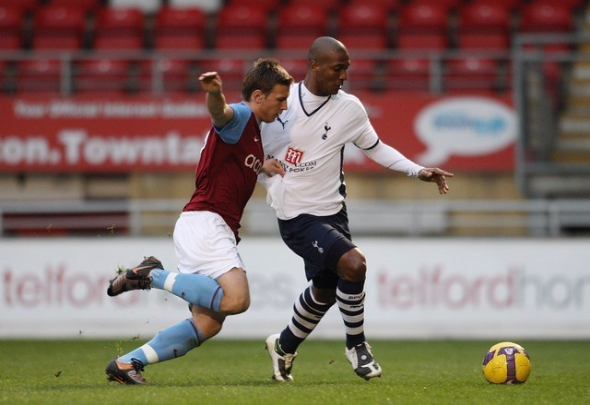 The well established radio station named the worst winter deals for all 20 of the current top flight sides.

The list includes the likes of Andy Carroll to Liverpool, Fernando Torres to Chelsea and Jose Antonio Reyes to Arsenal.

He lasted just 18 months at the club with Spurs mutually terminating his contract before he returned to home country Brazil with Cruzeiro  and TalkSport believe he is Tottenham’s worst January signing.

“Injury prevented the Brazilian from making his Tottenham debut until March 2008, when he started against PSV Eindhoven in a round of 16 UEFA Cup tie,” wrote the station on their website. “Sadly, his impact was a negative one, being dispossessed by Jefferson Farfan, who subsequently rattled home the only goal of the first leg, with Tottenham eventually going out on penalties.

“He did score against West Ham in a 4-0 win, but after more poor displays – two seeing him hooked at half-time – the north Londoners terminated his contract after just seven Premier League appearances a year-and-a-half.”

Gilberto is now 40 and retired from football four years a go with Brazilian side America Futebol Clube.

The player had greater success outside of north London, winning a number of competitions in Brazil, while also being capped 36 times by the South American side at international level.

But, his 10 appearances and one goal will not be remembered too fondly by Tottenham fans.

Spurs have made a number of poor transfers in the winter window, including the likes of Grzegorz Rasiak, Andy Reid and Calum Davenport.

However, fans will now be expecting a greater quality of signings as they look to compete for the Premier League title.