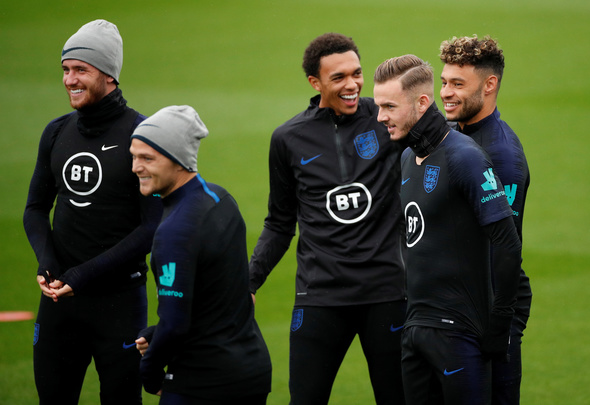 Darren Bent was left raving over the performance of Liverpool defender Trent Alexander-Arnold in England’s 5-3 victory over Kosovo in midweek.

Speaking exclusively to Football Insider, the former Tottenham and England striker says that the 20-year-old offers everything you could want from a right-back, with attacking quality balanced out by his resolute defending.

Gareth Southgate brought the Liverpool full-back into the side versus Kosovo after handing Kieran Trippier a start against Bulgaria, with the Three Lions showing serious defensive frailties at St Mary’s Stadium.

Despite watching England concede three goals to Kosovo, Bent says that Alexander-Arnold’s performance was mightily impressive at both ends of the pitch, insisting his technical capabilities make him one of the best right-backs around.

“I thought he performed really well, always good quality on the ball, always in the right positions.

“What I really like about him is his defensive positioning, he never seems to get caught out. It was a very good performance from his as well.”

The youngster has played seven times for England to date, his debut coming back in June 2018, as Southgate rotates between him and Trippier for the starting right-back role.

He has been a mainstay for his club this season, Jurgen Klopp starting him in every one of their four Premier League games to date, while he featured 40 times during the 2018/19 campaign.

In other Liverpool news, Bent has told Football Insider that one Everton star was lucky to bench a Reds ace on international duty.