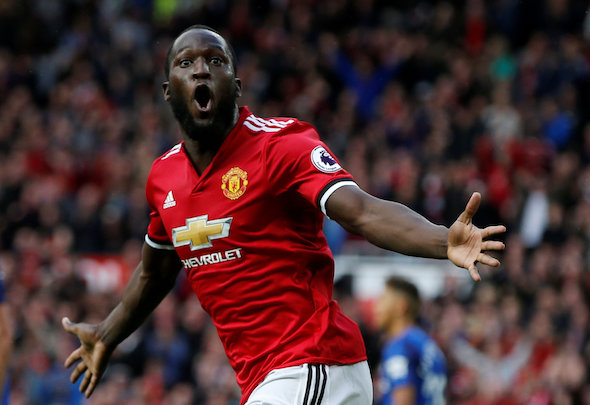 The Merseyside club offloaded the 24-year-old for a reported fee of £75million and he has been one of the best performers in the opening stages of the new campaign.

The Belgium international notched up his seventh goal of the season against the Toffees as United stormed to a 4-0 victory at Old Trafford on Sunday afternoon.

Lukaku was the talisman at Goodison Park last season, contributing with 26 goals in all competitions but in his absence, Everton have struggled to pose a genuine attacking threat.

Ronald Koeman’s side have only managed to score two goals in five Premier League matches this season and new recruit Wayne Rooney has provided them.

Writing in his column in the Times, Cascarino, who has a weekly slot on Sky Sports, believes that Everton showed weakness in allowing their best asset to leave the club this summer.

“Never mind all the signings that they made this summer, the most significant bit of business that Everton did was selling Romelu Lukaku,” he wrote

“What a terrible decision that was. The recent transfer window proved that you don’t have to sell your best players, even if they want out.

“I would argue, given his talent, potential and importance to Everton, that Lukaku is worth more than either Sánchez or Coutinho and yet not only did they sell him, it now seems that Everton didn’t even get the market rate for the Belgium striker.

“Ronald Koeman’s side have shown a lack of fight and backbone on the pitch in recent matches. But perhaps that weakness started long before the season began with the way they rolled over and allowed one of Europe’s best young strikers to join a rival.”

The weekend’s result means that the Toffees have lost three of their opening five matches and they are currently lying in the relegation zone.

Everton will look to bounce from poor start to the season when they welcome Sunderland to Goodison Park for the midweek Carabao Cup tie.

In other Everton news, Ronald Koeman has made an honest admission about the Toffees after his side were hammered by Manchester United.