Paul Robinson has heaped praise on Tottenham defender Joe Rodon after he starred on his full Premier League debut yesterday.

Rodon starred at Stamford Bridge on Sunday on what was his first Premier League start.

The deadline-day signing from Swansea helped Jose Mourinho’s side return to the top of the table by keeping a clean sheet in a goalless draw against Chelsea.

With Alderweireld set to miss a month through injury, Rodon is set to play a pivotal role at Spurs over the festive period.

When asked by Football Insider for his assessment of the Wales international’s performance, Robinson said: “Outstanding. I really thought he was brilliant.

“As predicted, he was given the nod ahead of Davinson Sanchez which is a big step in itself. Sanchez has been playing, he has been a starter this year and for Rodon to knock him out of the squad and then to play himself this weekend shows real maturity.

“It is never easy going to Stamford Bridge but he conducted himself outstandingly well. He read the game very well up against top players in Abraham and Werner. 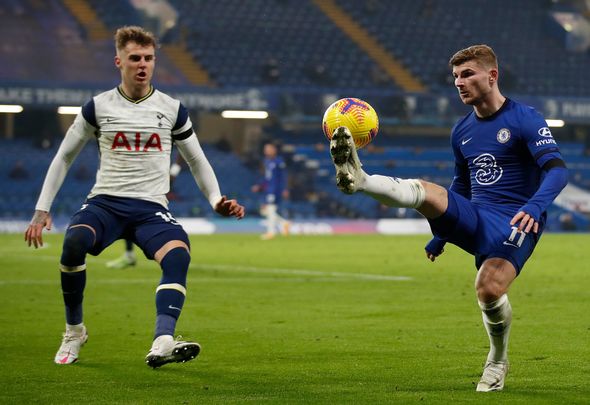 “The vote of confidence from the manager will help him go from strength to strength.

“A fantastic full debut. Whether it was in the air, with the ball at his feet – he looked comfortable.

“The biggest compliment I can pay him is that Tottenham did not miss Alderweireld.”

In other Tottenham news, Danny Mills claims player with 12 league minutes has huge role in 2021.