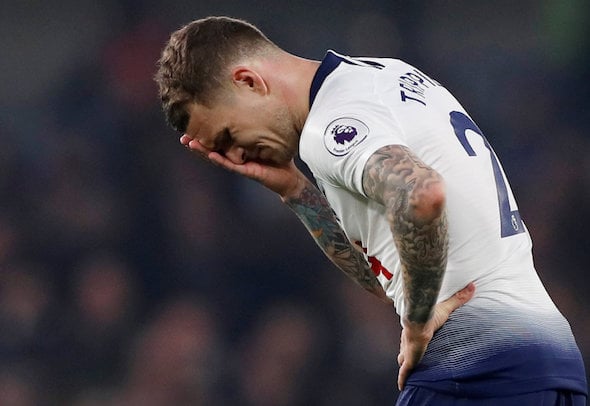 Darren Bent has revealed his surprise at Kieran Trippier’s comments about “behind-the-scenes” issues at Tottenham before his exit this summer.

Speaking exclusively to Football Insider, the former Spurs and England striker says that he had no experience of any problems behind closed doors during his time in north London and that they avoid airing their dirty laundry in public.

Trippier sealed a move to Spanish giants Atletico Madrid earlier this summer, going on to tell Sky Sports that there were things at Tottenham which he needed to move away from.

In reacting to Trippier’s comments, Bent called upon his own time at the club and insisted he never experienced anything which was a cause for concern, suggesting Trippier’s problems were an isolated incident.

“If Kieran Trippier’s saying that things are going on behind-the-scenes, he’ll know better than I do, but these things don’t happen at Spurs. It would have been a tough question, if you’d have said: ‘Do you want to stay or do you want to go?’ if he was on the same money and everything.

“It might be an isolated incident. At other clubs, you look at Manchester United and the whole Pogba thing, Chelsea there’s one or two issues with player – at Spurs, not a lot comes out, it’s quite a tight-knit group.”

Trippier did not enjoy the best of seasons after his dazzling World Cup campaign with England, making a total of 38 appearances across all competitions for the north London side.

He featured a total of 114 times for Spurs after moving from Premier League rivals Burnley, with two goals and 24 assists to his name.

In other Tottenham news, Danny Mills claims that Spurs hold an advantage over their Premier League rivals after off-field developments.