Paul Robinson has claimed that Celtic have not missed Jeremie Frimpong whilst the right-back has been injured in recent games.

The former England goalkeeper, speaking exclusively to Football Insider correspondent Dylan Childs, drew attention to Neil Lennon’s side’s rich vein of form and said “they are not in need of changing things around.”

The 19-year-old, who has made a huge impact on the right side of defence, since breaking into the side in recent months, returned from injury today but was an unused substitute as the Hoops beat Aberdeen 2-1 in the midday kickoff. 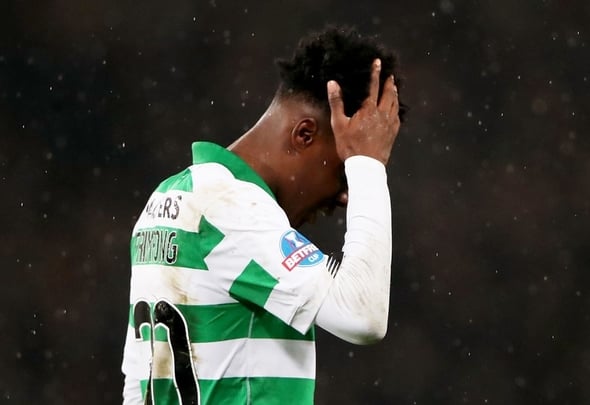 Goals from Callum McGregor and Kristoffer Ajer either side of an Ash Taylor effort were enough for the league leaders at Pittodrie.

When asked how big Jeremie Frimpong’s return would be for Neil Lennon, Robinson told Football Insider: “They do not need him the way they are playing!

“They have stretched the lead and it looks like the league is now sewn up.

“Frimpong coming back in is a big boost because he has been playing well this year. It is not a timely return though because their form and the results they are getting they are not in need of changing much around.” The Netherland under-20 international made 19 appearances this season prior to the injury he sustained at Kilmarnock last month and was becoming a mainstay in the side.

In the teenager’s absence, the Bhoys have taken maximum points in the Scottish Premiership which now means Lennon has a dilemma, albeit positive, on Frimpong‘s return.

Rangers, who have fallen 10 points behind their Old Firm rivals in recent weeks, managed to stop the rot with a 1-0 victory over Livingston at Ibrox.

In other Celtic news, Noel Whelan has been left in awe of one player’s performances this year.