Noel Whelan suggests Leeds United might be able to sign Che Adams for a bargain of a price this summer as Southampton struggle financially.

The former Leeds and Coventry striker, speaking exclusively to Football Insider correspondent Dylan Childs, believes the 23-year-old will be in the club’s thoughts regardless of whether they gain promotion this season.

Southampton made a £34million loss for the year ending 30 June 2019 and that financial blow will have been compounded by the suspension of the current season. 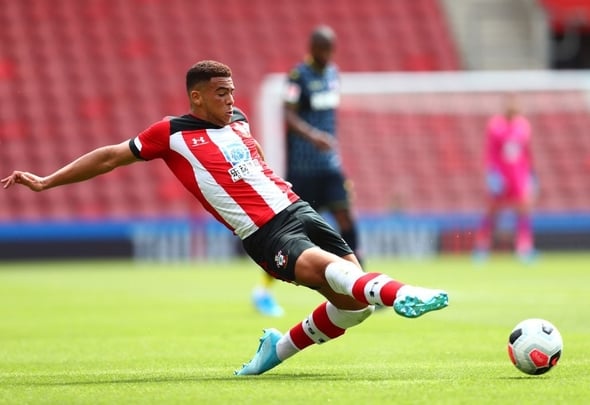 Football Insider revealed last month that the English striker could be available for as little as £10million as the Saints look to offset their financial losses.

Sporting director, Victor Orta, revealed that the club were incredibly close to sealing a deal for Adams in the winter, only for Ralph Hassenhuttl to pull the plug at the last minute.

When asked by Football Insider if he expected Leeds to go back in for the former Birmingham player, Whelan said: “He has not had too many opportunities at Southampton.

“Before we stopped playing he was getting assists and Hassenhuttl was actually seeing a player that was adding something to Southampton. They were looking after their own interests in January.

“I do not think there will be any imminent move but Leeds will have that one in mind, it is an option.

“They know he is available now and at a cheaper price. Everyones value has gone down so it might work out better for Leeds in the long-run.”

Adams has made 27 appearances this season but has featured predominantly as a substitute.

He is under contract at St. Mary’s until 30 June 2024 having arrived in a £15million deal last summer.

In other Leeds United news, Danny Mills has told Football Insider “there is still stigma” after Phil Hay reveals.