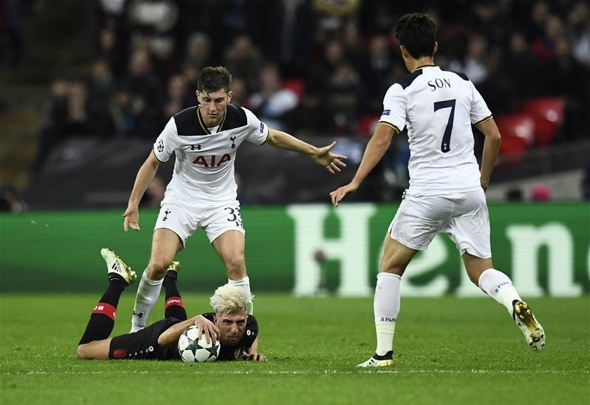 Ben Davies should make the bold decision to leave Tottenham in the January transfer window if he wants to fulfil his huge potential.

The 23-year-old defender is entering the peak of his career and he is currently restricted to a bit-part role behind England’s Danny Rose at White Hart Lane.

Davies is used as the understudy to Rose as Spurs’ left-back and appears unlikely to overtake him anytime soon.

Davies has made nine appearances in all competitions this season and has proved an assured replacement in the side.

The defender is used as a left-back by Spurs but has also proved to be useful as a centre-back for his country.

Chris Coleman’s Wales reached the European Championship semi-finals in the summer and Davies enjoyed a great tournament playing in a back three.

The Sun reported in September that Chelsea were eyeing a £20million move for the defender and manager Antonio Conte identified him to play in a three-man defence.

The interest of Chelsea shows that Davies has impressed when given the opportunity and he should force a move away from White Hart Lane to gain regular football.

He made 85 appearances for his former club Swansea but has struggled to cement his place at Spurs since his transfer in 2014.

The Welsh defender has proven his qualities on the international stage and would have a large number of tops clubs chasing his signature if he forced a move away from Spurs.

He should follow in the footsteps of fellow left-back Ryan Bertrand, who is now excelling in a solid Southampton defence after leaving his restricted role behind at Chelsea.

In other Tottenham news, Gareth Southgate has explained why he is grateful to the north London club.