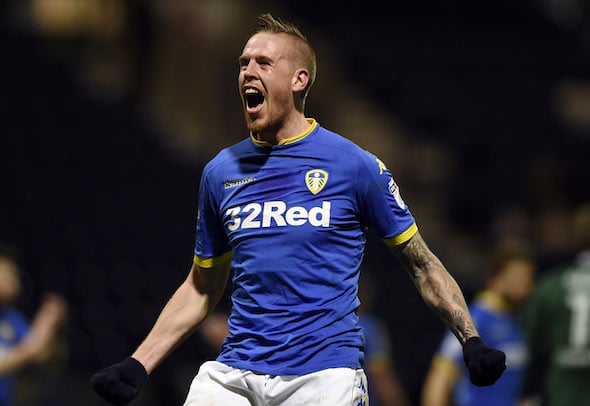 Pontus Jansson has been central to Leeds’ transformation this season because his personality strikes such a chord with supporters, according to a report.

The Telegraph claim the Swedish centre-back’s never-say-die spirit and furiously committed style of play has been integral to the team’s climb from mid-table strugglers to promotion hopefuls.

It states he deserves to be mentioned in the same breath as club legends Billy Bremner and David Batty, as well as another cult terrace hero of more recent times, Luciano Becchio.

Leeds make the short journey to Yorkshire rivals Barnsley on Saturday evening aiming to maintain the outstanding form that has taken them to third in the Championship table.

They will do so without on-loan defender Jansson, 25, who is serving the second match of a two-game suspension, but his impact on the revitalised team has been emphasised in an assessment of their massive improvement under manager Garry Monk this season.

“It is Jansson, the Sweden centre-half, who has been central to Leeds’ rise,” the report reads. “It’s very rare for a player to come along and embody the way a club’s fans feel about it, to look like the kind of player they would themselves hope to be.

“Billy Bremner was one, of course, David Batty, Luciano Becchio at times and now Jansson. He has improved Leeds immeasurably and it is extraordinary what a galvanising effect his competence, confidence, commitment and volubility have made to the side.

“Most of all he has brought a sense of enjoyment back and is venerated for his willingness to get stuck in, some thunderous swearing and tremendous heading power. Give the people a cause and someone to personify it and you’re halfway there.”

Jansson, who is on a season-long loan from Torino that Leeds are expected to convert into a permanent deal when he has reached the magic 22-match barrier, has made 21 appearances in all competitions for the team this season.

He has formed a magnificent centre-back partnership with fellow loanee Kyle Bartley in a backline that also includes impressive full-back duo Luke Ayling and Charlie Taylor.

In other Leeds news, the club have sensationally been installed the bookies’ favourites to sign two proven Premier League stars this month.