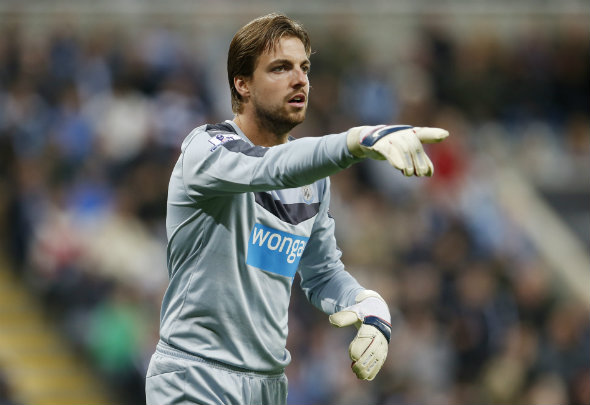 Tottenham are set to be in the market for a new goalkeeper if comments from Peterborough’s director of football Barry Fry are to be believed.

The 72-year-old said that he believes Spurs are looking for a new man between the posts after conversations with chairman Daniel Levy.

He spoke with Levy over the proposed signing of goalkeeper Luke McGee, who has spent the season on loan at the Posh.

He told the Peterborough Telegraph: ““I went to the West Ham v Spurs match last Friday with the intention of speaking to Daniel Levy.

“It makes sense for us and I think it makes sense for Spurs as well as, good as Luke is, he is not near their first team and I understand they will be signing another goalkeeper soon anyway.”

The bombshell will have left Spurs fans wondering who they could sign – and at what level.

Tottenham currently have Hugo Lloris, Michel Vorm and the on-loan Pau Lopez as their prime options in nets.

With this surprising news in mind, Football Insider analyses three keepers Tottenham could make a move for:

The Dutch international goalkeeper has suffered a torrid couple of years after picking up a cruciate knee ligament injury on international duty back in 2015.

Since then the 29-year-old has been farmed out on loan to Dutch sides Ajax and AZ Alkmaar by Newcastle as they look for him to return to full fitness.

However, the Tyneside club have a wealth of experience between the sticks, with four of their five goalkeepers having represented their country.

As such, they will be looking to offload at least one of these names in summer, and Krul could make a good fit for Spurs.

He will likely want to remain in England if he were to leave St James’ Park and at 29-years-old is reaching the peak of his career.

With next season being the last year of his contract, he could prove to be a budget option for Spurs, with a wealth of Premier League and international experience.

Atletico Madrid’s first choice goalkeeper, Jan Oblak would prove to be a real statement of intent were he to sign for Spurs.

A talented shot stopper, Oblak would provide real competition for Hugo Lloris at White Hart Lane, having made 39 appearances for the Spanish side this season.

Just 24-years-old, he has already established himself as one of the best goalkeepers in Europe and helped his side reach the Champions League semi-finals this season.

Six years younger than Lloris, the Slovakian goalkeeper has got his best years ahead of him, although he may search for guarantees over his own playing time.

If Mauricio Pochettino wants to prove to the Spurs faithful that they will compete on the European stage, signing Oblak would go a long way to proving that.

Another 24-year-old, Butland has already established himself as one of the brightest young English talents.

Having missed nearly the full season due to a fractured ankle injury, the former Birmingham man is back in the Stoke starting XI and keen to earn his place back in the national side.

He has made four appearances for England and was understudy to Joe Hart before picking up the injury in the 3-2 victory over Germany in March 2016.

Butland may prove costly however, with his contract set to keep him at the Potters until 2021, and they are unlikely to want to lose one of their star assets without a significant financial boost.

In other Tottenham transfer news, the club are set to be blown out of the water in their hunt for a Premier League star.