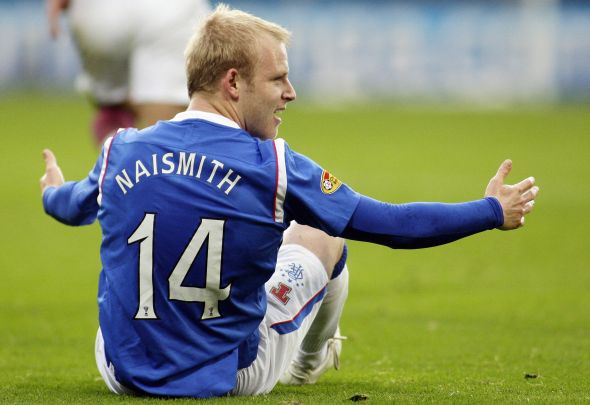 Celtic would continue their domination of Scottish football by signing Norwich’s Steven Naismith in the summer.

Capped 42 times by Scotland, Naismith has struggled in the Championship this season, scoring just six goals in 22 outings and could look to leave east Anglia with Norwich currently outside the playoffs.

With Celtic looking to boost their squad in the summer ahead of another potential Champions League group stage, here are three reasons why they should sign ex-Rangers star Naismith.

Australia international Tom Rogic is still sidelined with an ankle injury as he struggles to shake off his injury-prone reputation. Rogic, 24, has been the heartbeat of Celtic’s attacking displays this season in the number 10 role, scoring 10 goals and providing another five strikes in assists. Sitting outside the penalty area as the likes of Moussa Dembele, Scott Sinclair and James Forrest attack, Rogic has picked up the pieces but without him, manager Brendan Rodgers has little alternative. Bringing in a vastly experienced attacker such as Naismith will boost the Hoops, which could see the 30-year-old displace Rogic in the future.

Celtic have a number of options at number 10 without Rogic, including the likes of Liam Henderson, Calum McGregor and Ryan Christie. With Christie out on loan, Rodgers has seen academy product Henderson struggle for form as he continues to learn at the top level, while McGregor has failed to start since February 1. Bringing Naismith to Parkhead would be a huge improvement on his current options, as well as offering quality out wide with loanee Patrick Roberts set to return to Manchester City at the end of the season.

A former Rangers and Kilmarnock star, Naismith is just one appearance short of 150 Scottish Premiership outings. With Rodgers looking to bring through a number of young stars in Dembele, Kieran Tierney and Kouassi Eboue, Naismith’s experience in the Premier League and Scotland’s top flight would prove invaluable should he move to Glasgow in the summer. Scoring 50 goals in that time as well as providing 26 assists, his knowledge of finding the back of the net in Scotland could also prove crucial in keeping Celtic at the summit of Scottish football.

In other Celtic transfer news, talks are ongoing between the Hoops and this reported £12,000-a-week star.