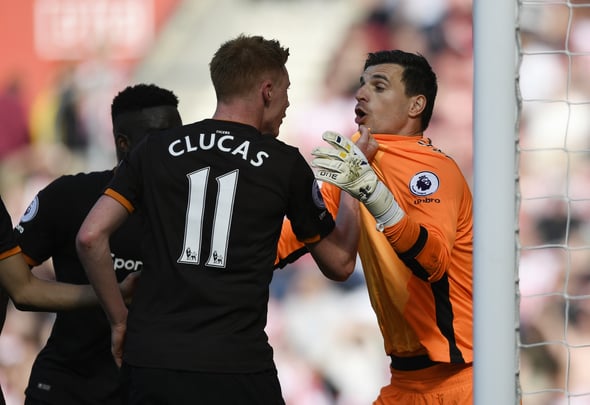 Rafa Benitez is expected to make a host of changes to his Newcastle squad over the summer as he looks to oversee a successful return to the Premier League.

One of the players that the Magpies should look to sign is recently relegated Hull’s Sam Clucas.

Here, Football Insider lists three reasons why the midfielder would make a good signing for Benitez:

Newcastle are about to embark on a season which will really separate the boys from the men and Benitez needs to be sure that the squad at his disposal are willing to give their all for the club. Clucas is the epitome of a grafter and showed that in his attitude towards football as Hull suffered relegation from the top flight. The 26-year-old simply never stopped running all season and was without doubt one of the Tigers’ best players over the course of the season. He missed just one game all season, which was through suspension, showing that the Lincoln-born player can keep on going throughout a whole year.

Colback is quite possibly one of the most controversial players that is in the Newcastle squad at the moment. The ex-Sunderland midfielder has never really received the full backing of the Toon Army, which is understandable due to his previous allegiance to the Black Cats and his poor performances on the pitch. Clucas is everything that Colback isn’t; he’s good in the air, quality off the ball and can even score a few goals – plus he’s a year younger too. Clucas has shown that he can perform in the Premier League whereas he current Magpie hasn’t been able to make the grade in a league below. It’s a simple replacement for Benitez to make.

Although Clucas’ main position is in the heart of midfield, he has shown this year that he can be used as a utility man – much like the outgoing Vurnon Anita. The 2016/17 season saw the ex-Chesterfield player deployed as a holding midfielder, as a left-back and even on the left wing. He scored Hull’s consolation goal in the 7-1 mauling at Tottenham on the final day of the campaign while playing in a wide position, which took his tally to the season for three, which is impressive for a reserved player like Clucas. He’s a box-to-box midfielder who can get among the goals, make tackles and is a nuisance in the air.

In other Newcastle news, the Magpies are set to land their second signing of the summer with this La Liga centre-back.