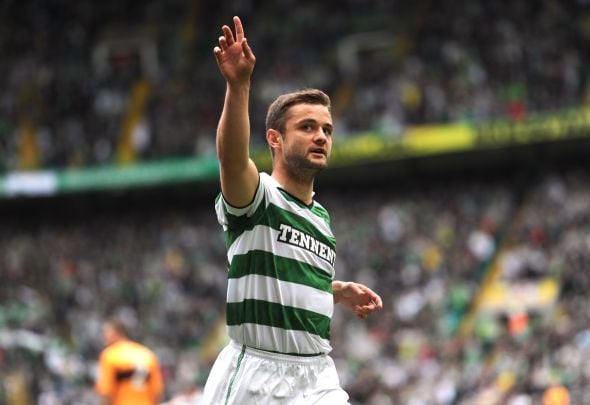 Rangers would pull off a major transfer coup by signing ex-Celtic attacker Shaun Maloney ahead of the 2017-18 season.

The playmaker is currently out of favour under Hull City manager Marco Silva, as the Tigers look to avoid relegation to the Championship.

With the Gers struggling in the final third, here are three reasons why signing 34-year-old midfielder Maloney would improve the 54-time Scottish champions.

The FA Cup winner is currently in the final six months of his contract at relegation candidates Hull, and is available for a free transfer under the bosman ruling. Rangers could even orchestrate a move for the 47-time Scotland international now in a pre-contract agreement that would see Maloney move to Glasgow at the end of his current Hull deal. The Gers have spent money on just two of their 14 2016-17 signings in Jak Alnwick and Joe Garner. That proves the Gers’ funds are limited, and signing Maloney on a free would certainly prove a bargain.

The Gers have managed just 33 goals in 25 league games this season, with Kenny Miller leading the goalscoring charts on just six league strikes. Old Firm rivals Celtic have scored more than double that, finding the back of the net 67 times as they sit 30 points clear of Rangers at the top of the Scottish Premiership. Acquiring a player that can bring the best out of the Gers strikers could prove more crucial than signing a new striker instead. Without any kind of number 10 in their side, Maloney could prove crucial next term if he was to be signed by the Gers, allowing the likes of Miller, Garner and Martyn Waghorn to profit.

With three Scottish Premiership titles to his name, the former Bhoys ace knows how to find the back of the net up north as well as providing an assist. During his Celtic days, Maloney made 94 top-flight appearances for the Hoops, in which he scored 25 goals and laid on another 28 assists in Scotland’s top tier. That kind of form in front of goal would prove crucial in seeing the Gers claw in their Old Firm rivals next season, as they look to knock Celtic off their perch.