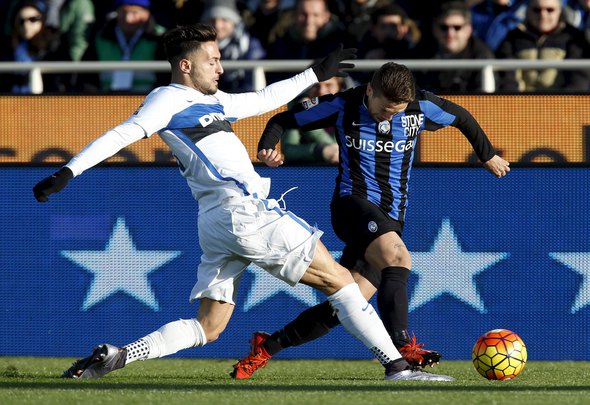 It’s quite clear that Slaven Bilic needs to give his West Ham squad more ways of finding the net after what was a very poor 2016/17 Premier League season by their ambitious standards.

One way that the Croat can look to cure the goal scoring problem is by snapping up Atalanta midfielder Alejandro Gomez.

Here, Football Insider looks at three reasons why the Hammers must pursue the Serie A star.

It doesn’t matter if he’s scoring them or setting them up, Gomez, otherwise known as Papu, knows how to get his team on the scoresheet. The Atalanta star made easy work of the Italian top-flight last season by finding the net 16 times and crafting 12 assists in 37 appearances.  West Ham are desperately short of goals at the minute, and Gomez’s form would have seen him top the charts at the London Stadium with that kind of goal tally. His ability at set-pieces is also something that could seriously offer a threat to any of the Irons’ opponents next season.

Although Gomez prefers to play in the No 10 role behind a striker, he can also be played in a more advanced role by spearheading an attack or slotting in on the left-wing to demonstrate his wicked crossing ability. West Ham suffered a lot with injuries last season, especially with Michail Antonio, Andy Carroll and Diafra Sakho. Gomez can play in all of their positions and even allow other players, such as Manuel Lanzini, to play in other areas of the pitch. A more reserved role isn’t too unfamiliar for one-time Argentina international Gomez. He can switch from attacking to playmaking within an instant and can prove to be a real driving force behind a team that is in search of goals.

Not many people may have heard of Gomez before last season. He only moved from his native Argentina to play in Europe during 2010, and even then it was to little-known Italian outfit Catania. The free-kick maestro, who wore the captain’s armband at Atalanta as they finished in a surprise fourth place in Serie A, then moved to Ukrainian side Metalist before signing for his current employers in 2014. His goal scoring exploits last season haven’t attracted much attention in the United Kingdom, meaning that the Hammers could be relatively unopposed if they try to sign him.

In other West Ham news, an insider has revealed how the Irons will go about signing this Premier League forward.