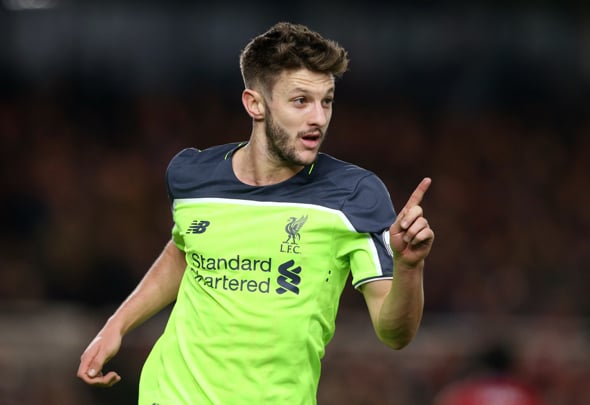 Firmino wasted on the wing

A few weeks back we were marvelling at the Liverpool attacking trio, as Philippe Coutinho, Roberto Firmino and Sadio Mane took it in turns to thrill, providing assists and goals almost at will. What a difference the Coutinho injury has made. Firmino has got rid of the top knot and with it he’s lost his ability to contribute anything of note to the team. He can’t get into games in the wide position and although Origi has proved an able deputy, it seems like a waste to stick someone with his talent in front of goal away from the action. It says a lot when it would actually be a surprise for Firmino to get on the scoresheet.

Adam Lallana is the man

The question when Coutinho was injured was whether Liverpool could keep winning with him out. The answer was delivered emphatically today by a player who is now almost as vital to Liverpool as the Brazilian playmaker. Lallana was superb today and seemed like he was everywhere, scoring two goals as well as making a vital block at the back. It seems like he won’t be criminally under-rated for much longer as he starts to turn heads at Liverpool and across the country.

It’s easy to make snap judgements in Premier League football, and losing 4-3 to Bournemouth, allied to a goalkeeper that was making too many mistakes, made Liverpool look extremely fragile. But they made short shrift of a Middlesbrough team that doesn’t let too many goals in. A solid performance from Mignolet and the defence will help and this team will be there or thereabouts at the end of the season. They’ll have Philippe Coutinho back soon too!

In other Liverpool news, fans react on Twitter after Loris Karius was dropped for the Premier League game against Middlesbrough.