Rashford has lost his mojo

Marcus Rashford missed a brilliant opportunity to score in the first half when his bursting run found him in a one-on-one situation with Darren Randolph but he couldn’t capitalise and has now failed to score in his last nine games. The youngster was prolific last season, scoring eight goals in 18 total appearances but appeared to lack composure and confidence in front of goal during the frustrating draw. The wonderkid attacker’s mojo has deserted him.

Ibrahimovic and Rooney on same wavelength

Wayne Rooney could have made an immediate impact when he came on after an hour following a great lay-off from Zlatan Ibrahimovic. The pair linked up well against Feyenoord during the week and produced a number of promising one-twos against West Ham. They seem to have developed a good understanding and know where each other will be, with Rooney often looking to make the run off Ibrahimovic’s shoulder. They need more time to play together.

Mkhitaryan should be given free role

Henrikh Mkhitaryan made just his second Premier League appearance and his first since the Manchester derby in September. The substitute failed to change the outcome of the game when he was introduced after 65 minutes but he looked a threat. The Armenian was constantly looking to beat defenders and build attacks and he played a delightful ball out to Rooney which almost set-up a goal with 10 minutes to go. If given a free role, Mkhitaryan could cause teams problems with his movement and creativity and he should be given further opportunities in the first team.

In other Manchester United news, this senior player made a huge claim about former Liverpool rival Steven Gerrard. 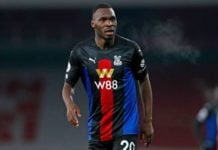