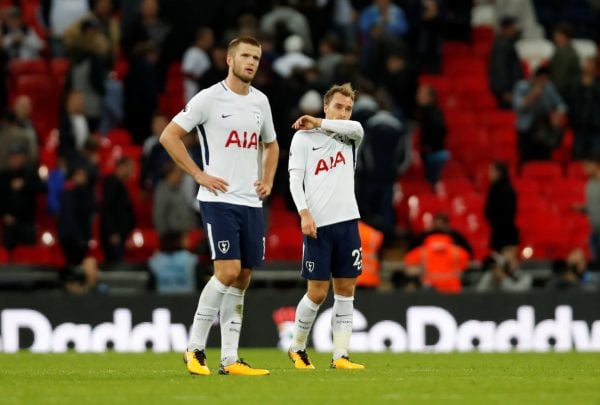 Tottenham saw their home struggles continue on Saturday afternoon as they laboured to a 0-0 draw with Swansea.

Despite coming off the back of a confidence boosting 3-1 victory over Borussia Dortmund, the Spurs players struggled to break down the Swans’ resolute defence, leaving Mauricio Pochettino’s side without a win at home in the league this season.

Harry Kane was unable to continue his fine scoring run, which has seen him net four goals in two games across all competitions, while the likes of Christian Eriksen, Son Heung-min and Dele Alli were frustrated by Paul Clement’s side.

The result leaves Spurs fifth, five points behind league leaders Manchester City and a point behind Newcastle in fourth.

So what did this bore draw teach us? Here, Football Insider analyses three points which we learned through this 0-0 stalemate, including which of Tottenham’s stars should be axed from the starting XI.