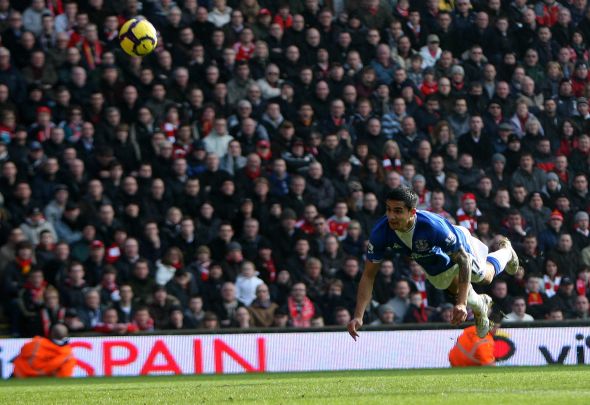 Everton great Tim Cahill was reminiscent of his time at the club on Twitter after posting an old picture of himself in the team.

The now 36-year-old is still playing in Australia with Melbourne City after leaving the Toffees four years a go.

With Thursday chosen as the day that people chose to remember past times on social media with the popular phrase “throwback Thursday” Cahill used it as the perfect opportunity to share an old picture of him playing with Everton.

The picture includes a number of past Everton favourites in Steven Pienaar, Tim Howard and Joseph Yobo, while the likes of Jo, Jack Rodwell, Marouane Fellaini and Sylvain Distin also feature alongside current full-back Leighton Baines.

Cahill, who made the move to Goodison Park in 2004 lasted eight years at the club playing 278 times and scoring 68 goals.

He has played in four countries during his career in Australia, England America and China with Sydney United, Millwall, Everton, New York Red Bulls, Shanghai Shenhua and Melbourne City respectively.

Playing for Manchester City’s brother club, his side are currently sat in second place in Australia’s A-League with Cahill playing two of their four matches and netting one goal.

In other Everton news, the Toffees could battle West Ham for Sunderland centre-back Lamine Kone.