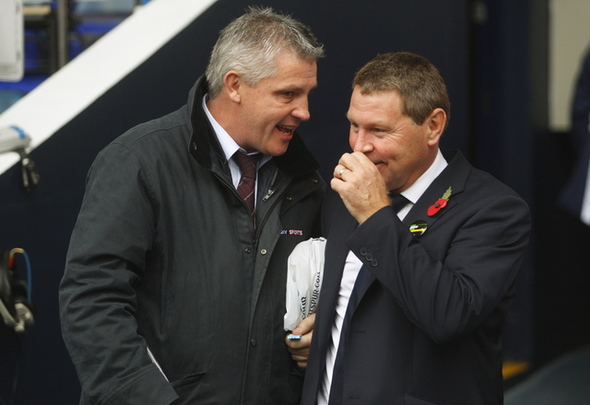 Tony Gale has hit out at the West Ham board by urging them to “get behind” manager Slaven Bilic and “keep quiet”.

The 57-year-old stated that the club’s summer signings were “useless” but still believes that supporters and ex-players are behind Bilic.

A prime example of a summer signing gone wrong was on-loan striker Simone Zaza who failed to score a goal for the club and has since moved to Valencia.

Gale feels that the board were happy to “take the plaudits” for the signings from the previous season but the “bad” signings this term are now seemingly Bilic’s fault.

Here is Gale delivering his verdict on the Hammers, Bilic and the board during Sky Sports News’ Premier League Daily programme which aired on Wednesday morning.

“The signings has been useless this season,” said Gale.

“They were all willing to take the plaudits of all the signings, all the people on the outside, other than Slaven, now all of a sudden, all of the bad signings ‘Oh, it’s down to Slaven’.

“I don’t think that the board help by saying that they apologise for results. I mean Slaven’s trying his hardest. Everyone is behind him.

“They [the board] need to get behind and please keep quiet. If you are going to do something invest in the club.”

Following the move to the London Stadium this season, West Ham have found it difficult to adjust to their new surroundings.

There have been a number of poor results in front of their own supporters this season, including conceding four or more goals against the likes of Watford, Arsenal and Manchester City.

At the start of the campaign, the London-based club were battling to stay away from the bottom three but they have since managed to move away from the danger zone.

At this moment in time, they are sitting in 12th on 33 points from their 29 matches, having won nine encounters this term and lost 14.

In other West Ham news, Charlie Adam has made an interesting revelation about Hammers ace Andy Carroll.