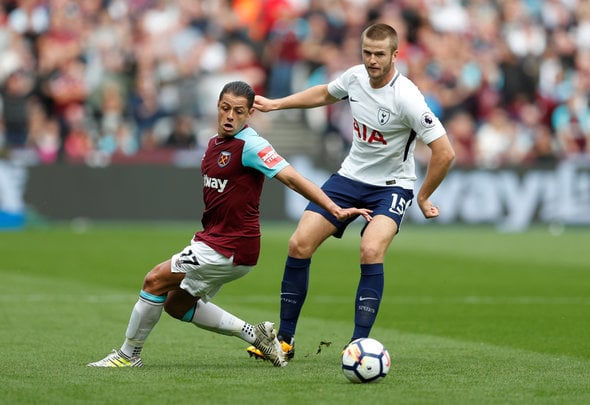 Romelu Lukaku has shared the three strikers Roberto Martinez told him to learn from, and one of them is current West Ham star Javier Hernandez.

Martinez was Lukaku’s manager at Everton and is now his manager for Belgium, and the striker revealed to The Sun who his manager wanted him to replicate.

He said: “Two years ago, at Everton, Roberto Martinez made me watch videos of my own movement, but also those of other strikers like Hugo Sanchez, Edinson Cavani and Chicharito.”

The now Manchester United star credits watching videos of the players as improving his movement especially in the box.

The Belgium international became his country’s record goalscorer, scoring his 31st goal against Japan in an international friendly on Tuesday night.

The striker had equaled the record of 30 goals set by Bernard Voorhoof and Paul van Himst on his last outing for Belgium, having scored a brace against Mexico.

The 24-year-old striker has also been in the goals for Man United, scoring 11 in the 17 appearances he has made across all competitions.

Of those 11 goals, eight of them have come in the Premier League resulting in the striker being the joint third highest goalscorer in the league this season.

However, the prolific forward has failed to score in his last four league game.

Meanwhile Hernandez has only scored four goals in the Premier League for West Ham this season.

Two of those four goals actually came in one game early on in the season against Southampton.

The Mexican international moved to the Hammers in the summer from Bayer Leverkusen, but will not be available for three league games due to injury.