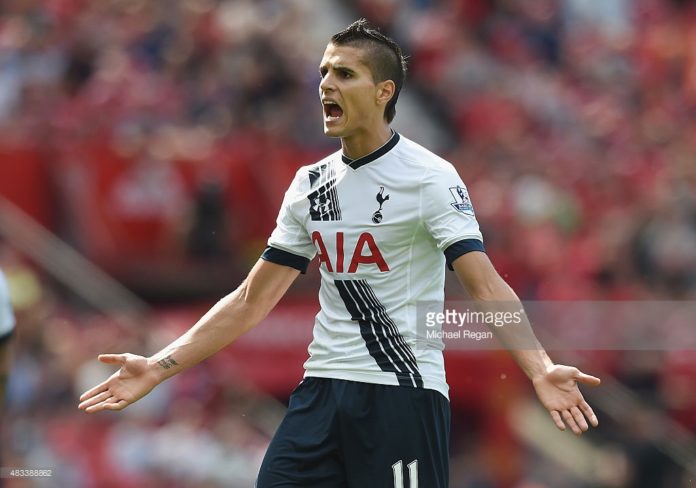 Erik Lamela has admitted his desire to one day leave Tottenham and return to his former club River Plate.

Lamela, 24, joined the north London outfit in 2013 and has since become an integral component of Mauricio Pochettino’s squad.

The pacy winger was a crucial element of Tottenham’s attacking force last season as they chased their first title since 1961 and has remained a regular in the new campaign.

“One has the desire to always go back,” Lamela told La Pagina Millonaria about his long-term plans to return to his native Argentina. “But I am also aware that I’m 24 and I’m fine where I am.

“It’s a bit difficult to go back now, I have many years of contract still at Tottenham and I have to have my head in there and think only of what is coming at Spurs.”

The forward has enjoyed a strong start to his personal campaign this season after bagging two goals and providing six assists in 10 matches.

Lamela spent two years with Argentinean side River Plate before he joined Roma, where Tottenham signed him from in 2013.

The north London club finished their previous domestic campaign in third place and will be hoping to rectify last season’s wrongs this term.

Pochettino’s side take on West Brom after the international break before traveling to Bayer Leverkusen in the Champions League.