Tottenham have agreed to sign Benfica striker Carlos Vinicius on a loan-to-buy deal as he prepares to undergo a medical, Football Insider understands.

The Brazilian, 25, is set to finalise the terms of the transfer in London today after being given the green light to leave the Portugese giants.

A Spurs source has told Football Insider that Vinicius will join on an initial season-long loan that includes an option to buy for £36million. 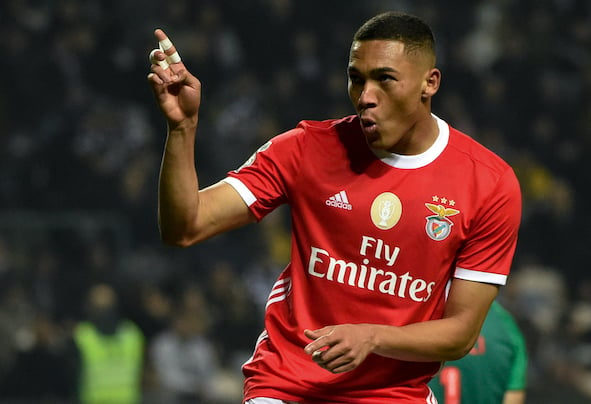 The Londoners secured a breakthrough in talks yesterday and are now confident of making the centre-forward their sixth senior summer signing.

It has always been the preference of the board for a loan-to-buy striker deal that would limit the initial outlay.

Vinicius is regarded by Jose Mourinho as capable of providing quality cover and competition for Harry Kane.

The forward, who joined Benfica from Napoli for £15million last summer, has an impressive goalscoring record.

He banged in 24 goals in all competitions last season from 49 appearances and also weighed in with 13 assists.

He has made two appearances this season but both from the bench in the Champions League defeat by PAOK Salonika and then in the 5-1 league win over Famalcao earlier this month.

Vinicius has a contract with Benfica that runs until the summer of 2024.