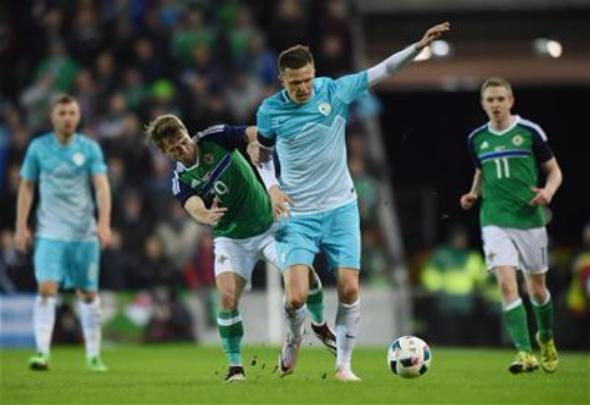 Tottenham are eyeing a swoop for Fiorentina creative midfielder Josip Ilicic, according to a report.

It is understood that Premier League title holders Leicester are the favourites and have been linked for some time to the Slovenian, while Tottenham were reported to have lodged a bid at the end of last summer’s transfer window.

It is also believed that the other four Premier League clubs are preparing offers for the in-demand 28-year-old.

The trequartista who joined Fiorentina from Italian side Palermo in 2013 for £6.75million has two more years left on his contract.

He enjoyed a successful season during the 2015-16 campaign, where he scored 15 goals and provided six assists in 37 appearances in all competitions as Fiorentina finished 5th in Serie A qualifying for next season’s Europa League group stages.

With Champions League football returning to White Hart Lane next season it could be a major factor in determining where the 37-time Slovenia capped international will be starting next season.

Spurs manager Mauricio Pochettino will also be looking to make signings to strengthen his squad to cope with playing in multiple competitions.

It is thought that the Argentine manager will be looking to add another playmaker to cover for Deli Alli.

In other Tottenham news, Spurs are preparing a club-record swoop for Inter Milan striker Mauro Icardi.