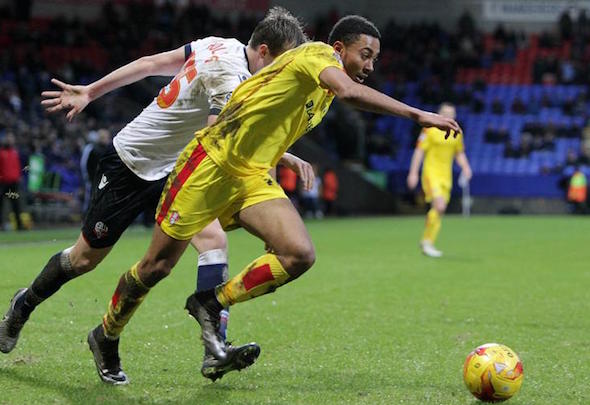 Burnley are weighing up a summer bid for Tottenham winger Grant Ward, according to a report.

The 21-year-old is out of contract in the summer and faces a crucial decision over his Spurs future.

According to the Clarets Mad site, Ward is on the shopping list of Burnley manager Sean Dyche as he steps up plans to buy two new wide players in the forthcoming transfer window.

It is said that Dyche is a firm admirer of the right-sided flyer and is keen to offer him a deal, as he weighs up the offer of a two-year contract extension from Tottenham.

Ward has spent the season on loan at Championship club Rotherham, where he has been a mainstay of the team with 43 appearances in all competitions.

Ward was one of three emerging Spurs stars singled out for praise by Academy chief John McDermott in the wake of the club’s behind-closed-doors 4-3 friendly defeat to Rangers on Wednesday.

Striker Shayon Harrison, 18, midfielder Will Miller, 19, and right-sided attacker Ward were the three namechecked as a young side gave Rangers’ first team a tough test.

“I know from speaking to Mark Warburton that they got a lot out of it, too, but from our side I was pleased with Shayon Harrison – he impressed along with Will Miller, while Grant Ward came back after playing 90 minutes in his final game at Rotherham at the weekend and I thought he was exemplary,” head of player development McDermott told the official Tottenham website.

“He was our senior player and I was really pleased with his approach and how he led our team. Most of the players came out in credit in a very, very tough game for us.”

Burnley have been promoted to the Premier League after bouncing back from relegation last season by winning the Championship.

In other Tottenham transfer news, the club been issued with a come-and-get-me plea by a priority target through his club.