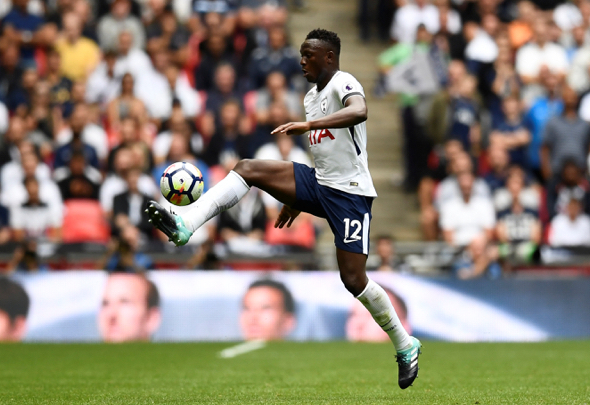 Maurcio Pochettino has been doing his best to keep Victor Wanyama wrapped up in cotton wool to keep him fit and give him as much game-time for Spurs between now and the end of the season.

That could have all just been undone on international duty.

But it was only his third league start of the season.

He then hooked up with Kenya – accompanied by the club doctor – and played 90 minutes against Comoros on Saturday, scoring at both ends of the game in a 2-2 draw.

Now it’s been reported that he felt discomfort from the source of his long-term injury in training.

The Daily Nation claims that Wanyama and the Spurs doctor were said to have left the international training camp to head back to Tottenham immediately.

And, although Kenya claim that there was an agreement to let him leave early, it appears that Tottenham don’t know about that.

“We had discussions with Tottenham and agreed to release him after the Comoros game. The league season in England is at a crucial stage and his club says they desperately need his services at this point,” said Football Kenya Federation president Nick Mwendwa.

However, the official Tottenham Twitter account was still advising fans to look out for him in Tuesday’s game.

It will be extremely frustrating for Pochettino if Wanyama does suffer a setback and fans will be praying that it’s just precautionary.

However, it doesn’t sound great and it could well be yet another example of how meaningless international friendlies shouldn’t be allowed to impinge on the most important part of the season for clubs.

Spurs fans will be looking at the team sheet for the Chelsea game eagerly, but we would bet that Wanyama’s name will not be on it.

In other Tottenham news, ‘Fallen out with Poch’, ‘Cheerio’ – Tottenham fans react to Twitter message from first-team ace