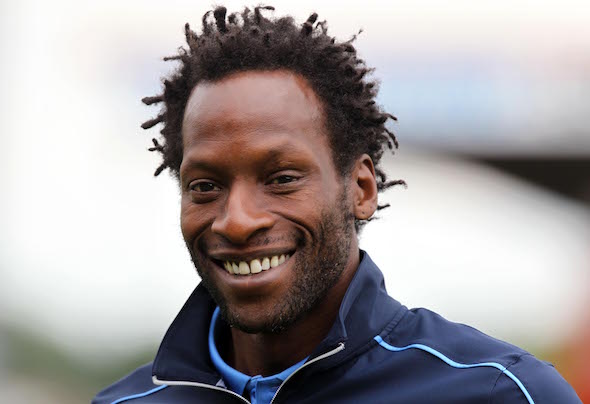 Tottenham coach Ugo Ehiogu has been rushed to hospital after collapsing at the club’s training headquarters on Thursday, the club have revealed.

Spurs announced on their official Twitter account that the 44-year-old received treatment at their Enfield base from the club’s medical staff before he was transferred to hospital by ambulance.

Ehiogu, who is the manager of Tottenham’s Under-23s, is currently undergoing a full assessment in hospital.

Spurs did not reveal what caused Ehiogu to collapse but sent their “best wishes” to the coach and his family, and explained further updates on his condition will be provided in due course.

We can confirm that Ugo Ehiogu is currently in hospital after collapsing at our Training Centre earlier today. pic.twitter.com/uLZkb3hYHS

Our Under-23’s coach received immediate treatment on site from our medical staff before being transferred to hospital by ambulance.

Everyone at the Club sends their best wishes to Ugo and his family. We shall continue to provide updates when we have further information.

Former England defender Ehiogu was appointed coach of Tottenham’s Under-21s in the summer of 2014 after a short spell working part-time at the club’s academy.

The Under-21s has since been rebranded as the Under-23s and they play in Premier League 2, which is the development league for players aspiring to make the step up to professional first-team football.

Ehiogu retired from playing in 2009 at the age of 36 after a glittering career which began at West Brom and also included spells at Aston Villa, Middlesbrough, Leeds, Rangers and Sheffield United.

The 15-times former England international is best remembered for his time at Villa, where he spent his peak years and was renowned as one of the finest centre-backs of his era.