Noel Whelan has claimed Ivan Rakitic would be the perfect replacement for Tanguy Ndombele if Tottenham agree to a swap deal with Barcelona.

According to Mundo Deportivo Jose Mourinho’s side are weighing up a move for the Croatia international in the next transfer window. 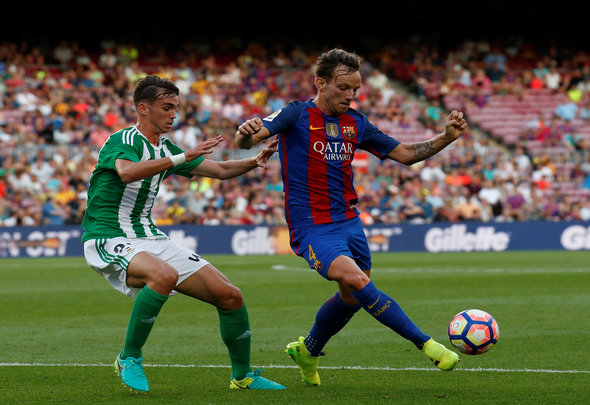 Barcelona and Spurs have been at the centre of transfer talk this month with Sky Sports reporting the La Liga giants are to offer the Lilywhites Samuel Umtiti or Nelson Semedo in return for Ndombele.

Football Insider understands that agents have been instructed they are free to find a new club for the player – at the right price – despite having only arrived in north London in July.

When asked by Football Insider if Daniel Levy should be enquiring about Rakitic’s availability, Whelan said: “I think Rakitic would be a great signing, I really do.

“He has got the characteristics to handle the Premier League, unlike Ndombele. The work rate, the experience, the maturity and professionalism to succeed here in the Premier League. That would be a great replacement.

“He seems like a player that wants to win, he has a great mentality and is a player that would be far better in front of the back four than Ndombele.”

Rakitic has one year left on his current contract and is unlikely to sign a new deal having fallen out of favour at the Nou Camp this season.

In other Tottenham news, it can be REVEALED that club have made last-ditch attempt to snatch centre-forward from Manchester United’s grasp.