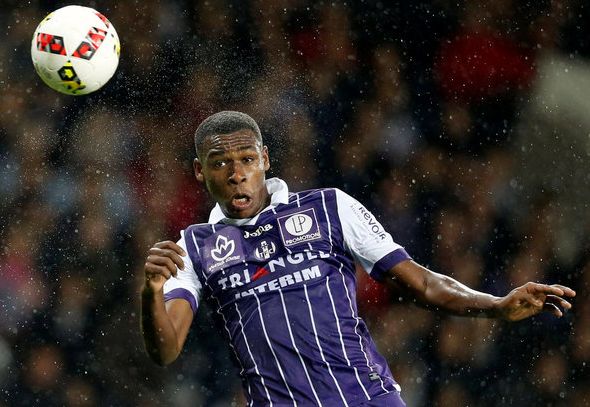 Tottenham have had scouts in France to watch Toulouse defender 21-year-old Issa Diop, according to a report.
Mundo Deportivo the Spanish media outlet revealed that the North Londoners had been watching the Ligue 1 side’s captain as Toulouse played against Paris Saint-Germain.
Despite putting through his own net, the French U21 international star had an impressive game after he was given the job of marking Neymar.
Diop is already the captain at Toulouse and if Spurs want to land the enforcer they will have to fight off Arsenal, Barcelona, Real Madrid, and Inter Milan.
However, Mundo Deportiva says that Arsenal and Tottenham have taken the lead with Mauricio Pochettino impressed with the scouts’ report.
Football Insider verdict:
There has been a lot spoken about the potential departure of Toby Alderweireld in the summer with Chelsea being heavily linked with the Belgian international so it makes sense that Mauricio Pochettino would be on the lookout for a replacement. However, Spurs already have a capable defence with Davison Sanchez and Jan Vertonghen already deputising in the position but back up needs to be experienced and it needs to be ready and although Diop clearly has bags of talent, he is not quite ready for a club as big as Spurs yet. It also depends on how keen the other sides are that are in the hunt too because both Barcelona and Real Madrid will be a more attractive option than Tottenham.
In other Tottenham transfer news, Redknapp raves about ‘unsung hero’ who is already as good as £142m man.