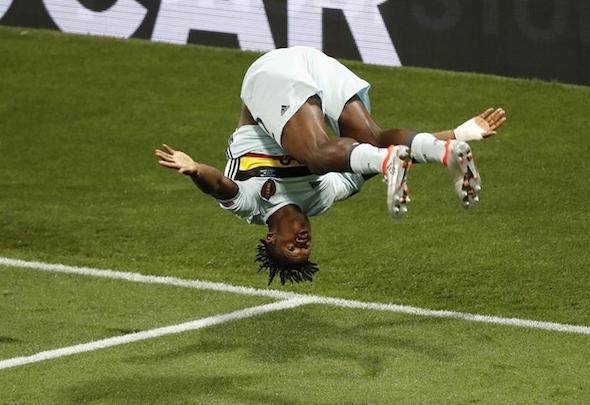 Michy Batshuayi is set for a sensational £33million transfer to Chelsea – and Tottenham fans took to Twitter to express their dismay.

As reported by Football Insider, the in-demand striker has agreed the terms of a move to Stamford Bridge and has been given dispensation by Belgium to undergo a medical with the west London club.

It is said that Batshuayi will leave the Belgium squad preparing for Friday’s Euro 2016 quarter-final against Wales to sign a five-year contract with Chelsea.

The 22-year-old will become the first signing of incoming manager Antonio Conte, who is currently managing his national side, Italy at the European Championships in France. Batshuayi’s national side Belgium could yet clash with Conte’s Italy as both look to progress further on into the tournament.

As the news broke, the White Hart Lane faithful were not too pleased with his decision as they felt the lure of Champions League football would be enough to secure his signature.

Here is a selection of their reactions on Twitter:

People complaining that levy won’t spend 30mil plus for #Batshuayi I don’t blame him that’s way to much. I’d prefer Janssen 15mil #coys

Let’s move on, glad however he will achieve his quest for ECL football with CFC!!! Better deals to be had.#COYS https://t.co/BKOoomZvrG

In other Tottenham news, North-London rivals Arsenal are set to plot a shocking move for Tottenham and England wonderkid.