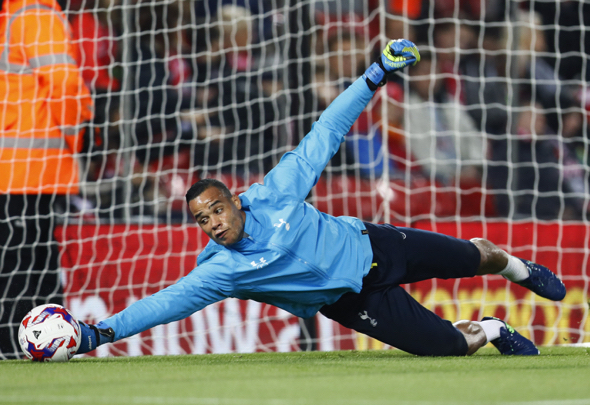 Tottenham fans reacted with a mixture of amusement and delight on Twitter after the club revealed Michel Vorm is the latest player to sign a new contract.

The 33-year-old has penned a new deal which will keep him at the club until 2018 despite the keeper failing to gain regular first-team action.

Vorm has been understudy to Hugo Lloris since joining in July 2014 but he is considered a great back-up option and fans were delighted to hear he signed a contract extension.

The official announcement, on the Spurs Twitter page, confirmed the news.

We are delighted to announce that @Vorm_Official has signed a new contract with the Club which will run until 2018. ✍🏼 #COYS pic.twitter.com/m1REOWQzVP

Fans reacted with humour at the Vorm news because of the number of contract extensions the club has completed this year, and a few asked if they could sign contracts too. One fan pointed out that Mauricio Pochettino has hit the same pose in each official photo.

good news if its true

best back up keeper in the league, happy he is staying, the back 4 and keeper are our best positions in terms of depth #COYS

Vorm’s contract extension comes just 24 hours after it was announced skipper Lloris had committed his future with the club for another six years.

The number one has become the club’s highest paid player despite stars Jan Vertonghen, Harry Kane, Dele Alli and Christian Eriksen all signing new deals in 2016.

Vorm’s last appearance came in the 2-1 defeat against Liverpool in the EFL Cup fifth round on 25th October and he has just five total appearances for the club this season.

Since joining, he’s notched up only eight league appearances despite being a first team regular for Swansea City between 2011 and 2014.

In other Tottenham news, this player will be earning more than Harry Kane after his latest deal was signed on Thursday.