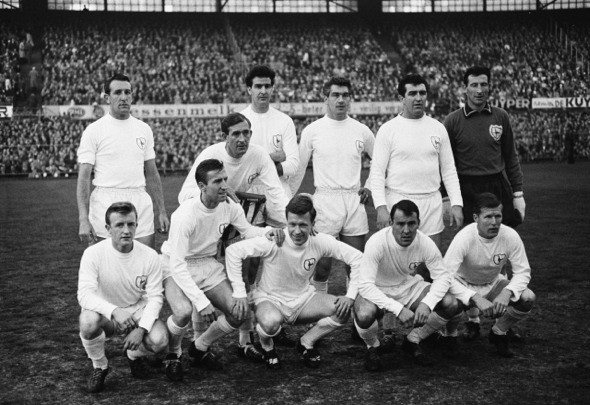 In the sixth part of our series chronicling the greatest-ever players at Europe’s biggest clubs, Football Insider lists the top five in the Tottenham hall of fame. Taking into account factors such as individual brilliance, impact on the team, overall achievement and staying power, we rank the outstanding performers, in reverse order. Here are our five greatest Spurs.

5. Gareth Bale  2007-2013 (203 appearances)
Started at left-back, graduated to left-sided flyer and eventually got licence to go wherever he pleased as it became clear that Spurs had one of the most exciting attacking players in the world at their disposal. With the ball at his feet and space to run into, there have been few more thrilling sights in the club’s history than the Welshman in full cry. The gun player in the most watchable Spurs team in a generation, he eventually outgrew White Hart Lane and, although they got a world-record fee for him, the team have not recovered the pizzazz he gave them.

4. Danny Blanchflower 1954-1963 (382 appearances)
Symbolised the ‘glory, glory’ days with his character, personality, leadership and midfield excellence. Skippered the 1961 Double winners as well as the Spurs team in 1963 who became the first English side to win a European trophy. The northern Irishman will also be remembered for one of the great sporting quotes. “Football is about glory,” the late Danny once said.”It is about doing things in style and with a flourish.” Those words epitomise the Spurs philosophy to this day.

3. Jimmy Greaves 1961-1970 (379 appearances)
Never stopped scoring goals and never stopped making the whole business of putting the ball in the back of the net look ridiculously easy. A goalscorer’s goalscorer and marksman supreme but also technically adept and tough. He took some kickings but, before the booze began to undermine his physique shortly before he retired aged 30, Spurs’ record scorer was a superbly honed athlete who could look after himself.

2. Glenn Hoddle 1975-1987 (490 appearances)
If you were to construct a highlights package of this man’s career and do it proper justice, you would need hours and hours. It was not just the goals. Or the passes. Or even the touch or technique. All were obviously immaculate. The academy graduate also had a connection with the regular Spurs fan, who warmed to his commitment, brilliance and ability to make everything on the pitch look so effortless. But don’t be fooled. He worked hard at his game and thought deeply about it, too. Truly ahead of his time.

1. Dave Mckay 1959-1968 (318 appearances)
Fused silk and steel in one granite package that set the tone for generations of ball-playing hard men to come. Could out-battle his opponents before then out-playing them. He was the Paul Scholes of his day but a far better tackler. Perhaps the greatest compliment of all came from Brian Clough, who called the Scot “Spurs’ greatest-ever player” and signed him for Derby, where he was just as influential as he had been at the Lane.