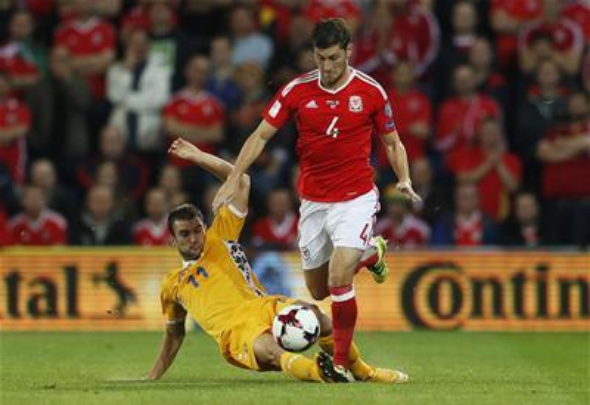 Chelsea are lining up a £20million swoop for Tottenham defender Ben Davies, according to a report.

The Sun claim the Wales international is top of Antonio Conte’s wanted list as he aims to strengthen the Blues’ backline and boost the club’s allotment of homegrown players.

It is said that Davies has been identified as a player who can slot into the left side of the three-man defensive system that Conte favours and used with such success at Juventus.

The 23-year-old played there in Wales’ heroic journey to the European Championship semi-final, but can also be used as a traditional left-back.

Mauricio Pochettino has used Davies in a flat back four in the last week while Danny Rose has been out injured, starting him against Stoke and Monaco.

Poch switched his full-backs for runs of games last season but England full-back Rose made more Premier League starts, with Davies in the line-up 14 times. The Welshman made 27 appearances for the London giants last season.

Davies has made 58 appearances in all competitions for Spurs since his £10.75million transfer from Swansea in the summer of 2014.

Spurs stand to make a £10million profit on the player were they to cash in on him.

The Sun report that Davies’versatility and the potential shown over the summer has sparked interest from Chelsea as they step up their search for UK talent.

It is part of their plan to look ahead for when John Terry, 36 this season, eventually hangs up his boots.

Premier League rules means eight homegrown players have to be named in a club’s squad.

In other Tottenham transfer news, Pochettino was close to an audacious transfer of a Real Madrid sensation.