Tottenham have been given the green light to sign Mauro Icardi after his wife stated the club are looking to sell the forward.

Icardi’s wife and agent Wanda Nara believes he will leave the club this summer despite previously expressing his desire to stay at San Siro.

The Inter captain bagged 16 goals and four assists in Serie A for the Italian giants in 2015-16, but was left out out of the highly competitive Argentina squad for this summer’s Copa America.

“From what I can see, Inter have put Icardi up for sale,” Nara told calciomercato.com. “There are many clubs interested. We will evaluate the situation with all due respect for everyone.”

“Mauro would be very sad to leave Inter, but we’ve understood the club’s economic situation and evidently they cannot hold Icardi back.

“There is no release clause in his contract and we hope Inter won’t ask for a sum that is outside the market value, but rather suited to his contract.”

As reported by Football Insider Tottenham are preparing to table a £38million club-record bid for Icardi and are ready to smash the club-record £27million fee paid for Erik Lamela three years ago.

Spurs are looking to add to their striker ranks this summer as boss Mauricio Pochettino aims to take the goal scoring burden off England international Harry Kane, who scored 28 goals in 50 appearances in all competitions in the recently completed season.

Fans will be hoping Pochettino can complete the signing having already missed out on Michy Batshuayi to Chelsea this summer.

Inter have recently been taken over by Chinese investors and it is believed that the side are waiting to see the value of any offer before evaluating the deal with the new owners.

The Nerazzuri captain has been linked with all of Europe’s heavyweights this summer but the Spurs boss is believed to be willing to throw a big chunk of his transfer budget on his fellow countryman.

In other Tottenham news, Inter Milan are weighing up a move for Tottenham Spurs star Erik Lamela 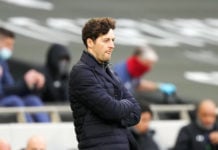