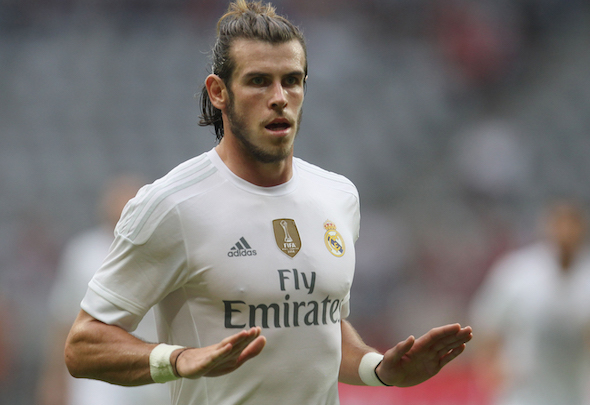 The website Football Leaks has published what appears to be an authentic transfer agreement between Spurs and Real Madrid of the Welshman’s record-breaking move to Spain in 2013.

In an intriguing twist to Bale’s future plans, it reveals Spurs chief Daniel Levy negotiated a first-option Premier League clause in the deal that took the forward to the Bernabeu.

Manchester United have attempted to entice Bale from Real and as revealed by Football Insider, made an astonishing £120million bid for Bale last summer after Louis van Gaal identified him as a player who could electrify Old Trafford. Chelsea are also closely monitoring the forward’s situation.

But Tottenham are in the driving seat to re-sign Bale if they can match any offer made by a Premier League rival.

Paragraph 10 of the transfer agreement with Real Madrid states that up until June 2019, the Londoners have “an option to match any offer received from a Premier League club for the registration of the player”.

The Spanish giants must notify Tottenham of any offer from a top-flight English club and then give them three days to match the terms contained in the offer to Real.

If Spurs are able to do so, “Real Madrid shall be required to accept Tottenham’s offer in preference to any other offers received and transfer the player as soon as possible in the first available FA registration period to Tottenham”.

The document also shows that the fee Spurs received for Bale was dependent upon the schedule of payments made by Real.

Had the 10-times Champions League winners paid the fee up front in its entirety within 15 days of the sale on 31 August, 2013, Spurs were due to receive £78.2million.

However, were the payments to be deferred, as proved to be the case, the fee would be a world-record £85.1million and payable in instalments spread over four years, starting in September 2013 and ending in July 2016.