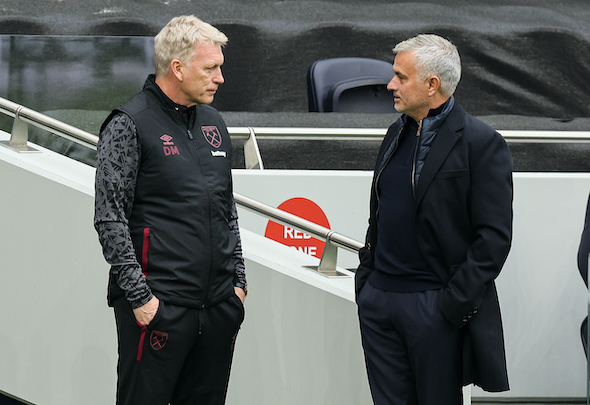 But West Ham are in pole position to seal the signing of the 17-year-old centre-back ahead of the summer.

Football Insider revealed last week that Birmingham had granted permission for Browne to head to West Ham on a trial.

😮 What a performance from this young man!

Rico Browne only turned 1️⃣6️⃣ last month and told BluesTV that tonight was the best night of his young football career so far.

An Irons source has told Football Insider he arrived on Monday and will be have an extended spell at the club, which will include youth-team matches.

Browne has already had a trial at Tottenham that ended last month and impressed in a match against Arsenal.

He was subsequently verbally offered an 18-month contract by the Londoners.

They have yet to follow that up with a written offer and that opened the door for West Ham to make a move.

The youngster’s future at Birmingham is shrouded in major doubt as the club look to overhaul their youth set-up.

Browne, who played in the FA Youth Cup last year while still at school, is coming to the end of the first year of his two-year scholarship at Birmingham.

This comes at a time when the club are considering ditching their Under-23s and Under-18s teams and changing to B and C teams in the future.

The closure of the academy would save costs and see Birmingham copying the model at Brentford, a club regarded as punching well above their weight in terms of recruitment.

Birmingham have already lost one high-profile teenager to an elite Premier League club this year.

England youth international Calum Scanlon, 15, joined Liverpool in January for a fee of around £500,000.

In other news, it can be revealed that only £10m of the Tottenham fee paid for Matt Doherty actually went to Wolves.