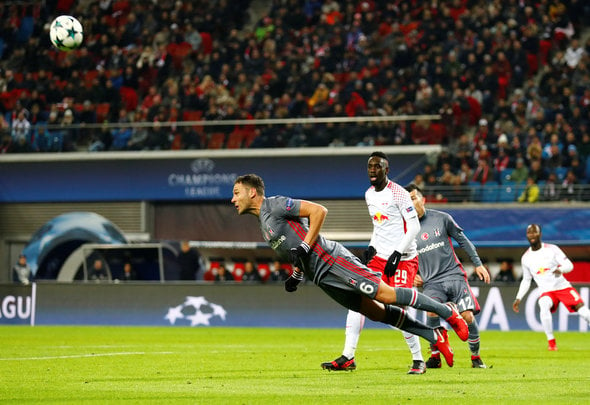 Tottenham have joined fellow Premier League side Stoke City in the hunt for Serbian international defender Dusko Tosic in January, according to a report.

Turkish sports news website Fanatik claim that Spurs and the Potters are both keen on snapping up the 32-year-old enforcer from Besiktas in the upcoming winter transfer window.

It is said that a bargain price tag of just £4.4million (€5million) has been placed on the experienced centre back’s head by his club, with club president Fikret Orman not willing to let him depart for any less.

Tosic, who has picked up 21 caps for Serbia, has made 22 appearances this season, including six Champions League appearances.

He also has five English Championship outings under his belt, having played for Queens Park Rangers on loan from Portsmouth back in 2010.

Tottenham are not exactly lacking in options at centre back, but manager Mauricio Pochettino may be looking to increase the experience at his disposal following the long term injury blow for Toby Alderweireld. Juan Foyth is the next central defender in line after current first choices Davinson Sanchez and Jan Vertonghen, and with a Champions League and an FA Cup campaign alongside their league exploits, then another body might well be needed. The asking price of £4.4million is nothing to a Premier League side, and he could be a handy addition to the squad if offered a short term contract.

In other Tottenham news, Alan Shearer has delivered a worrying verdict in raving over Harry Kane.