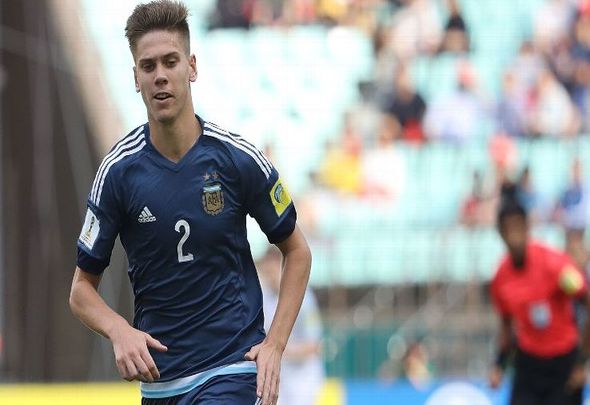 Tottenham fans have taken to social media to voice their delight over Juan Foyth’s inclusion in the starting XI for the club’s League Cup clash with Barnsley.

The 19-year-old centre-back lines up alongside experienced Spurs man Jan Vertonghen, who takes the captains armband for the evening, in the heart of the defence, with Mauricio Pochettino having selected a strong team to take on the Championship side.

The match will be Foyth’s first competitive appearance for the club, although he did appear on the bench against both Borussia Dortmund and Swansea.

As a result, fans have turned to Twitter to demonstrate their excitement at seeing their new man in action for the first time.

Here, Football Insider has rounded up a selection of the fans’ best tweets:

May the Foyth be with us #COYS

Scenes when Foyth scores in the Forty-Foyth minute #COYS #THFC

Well happy with that lineup, Llorente, winks and Foyth buzzing!

Another man who is making his first start for the club is Fernando Llorente, with the striker having only appeared from the substitute’s bench since his deadline day move from Swansea City.

The club could see another youngster make his debut for the club, if Pochettino were to send Tashan Oakley-Boothe on as a substitute.

The 17-year-old midfielder will be sitting among the likes of established stars Eric Dier and Harry Kane as Pochettino aims to reach the fourth round of the League Cup.

In other Tottenham news, Foyth has been receiving huge praise from one of his former coaches.