Tottenham have made an approach to sign Sporting Lisbon attacker Jovane Cabral, Football Insider can reveal.

The north Londoners are in the market for forward reinforcements this summer and the Cape Verde international, 22, is firmly in their sights.

A Tottenham source has told Football Insider the club have been in contact with Sporting to register their interest in Cabral. 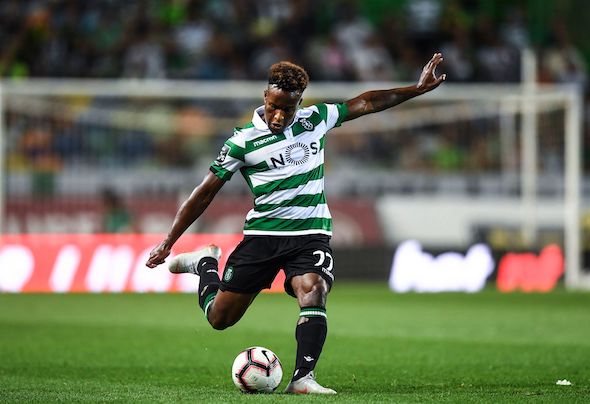 Cabral has a contract at Sporting that runs until the summer of 2023 but they may be interested in listening to offers to cut costs.

Predominantly a right winger who can also operate on the left flank, he was electrifying in the second part of last season after missing the first half through injury.

Since graduating from the Sporting youth ranks, the one-time Cape Verde international has played 52 times, scoring 10 goals and supplying 12 assists.

Jose Mourinho is looking for another option out wide, which suggests 2019 arrivals Jack Clarke and Ryan Sessegnon are yet to convince him they can be starters.

As revealed by Football Insider, Spurs have also held preliminary discussions over a deal for long-time target Demarai Gray.

The wide man has entered the final 10 months of his contract but Leicester City want £20million for him in this window.

Cabral would be considerably cheaper, and may present a more cost-effective solution for the London giants.