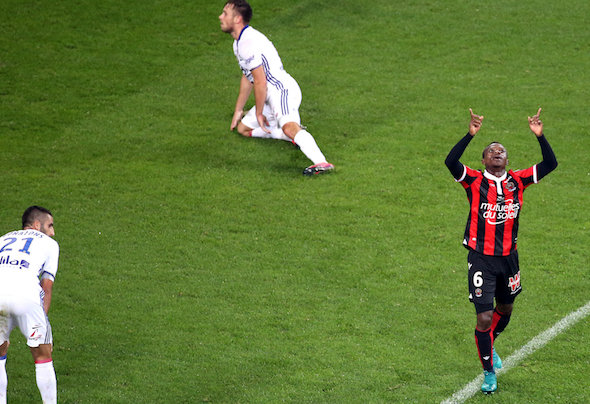 The playmaker at the centre of a north London war suffers from a condition that could significantly affect his suitability for the Premier League, according to a report.

Magazine Four Four Two claim in a feature on Nice central midfielder Jean Michael Seri that he suffers from chilblains when the weather is cold.

It is said that the player’s suitors need to be aware of the condition, which leads to painful and itchy swellings on the skin, given the English climate.

The Guardian claim Spurs and bitter rivals Arsenal have watched Seri, 25, in action this season and his agent was in London last month to hold preliminary talks with officials from the two Premier League outfits.

The report adds that Seri has a £33million release clause in his Nice contract but the Ligue 1 club would be willing to accept a fee of £20million for him this summer.

The central midfield kingpin has demonstrated his calibre with his performances this season for France’s third-placed top division side, who mounted a surprise title challenge this season before slipping behind Paris Saint-Germain and leaders Monaco.

Remarkably, given his relatively deep role for Nice, the Ivory Coast international has scored six goals and supplied nine assists in 32 league matches this season.

His contract with the French high flyers runs until 2019, which is why this summer might be regarded as an ideal time to cash in on him if he is pushing for a move.

Spurs’ current central midfield pairing is Victor Wanyama and Mousa Dembele, who have both had fine seasons protecting the defence and mounting the attacks for the Premier League high flyers. With the versatile Eric Dier as back-up and academy product Harry Winks making smooth progress, Tottenham are well served in this department. But one thing they lack is a goalscoring central midfield, and Seri has the ability to finish off attacks as well as start them. His statistics are excellent and it is easy to see why Tottenham are interested.