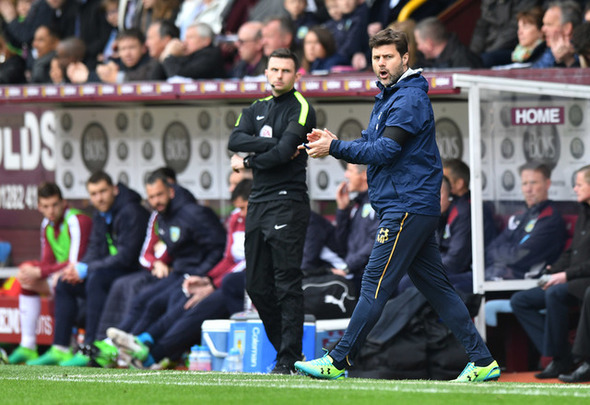 Tottenham boss Mauricio Pochettino has been named as the Premier League’s manager of the month for April – and claimed it was “fantastic” for his side to challenge for the title throughout that period.

The Argentinian manager enjoyed a truly successful month, picking up six wins in his side’s six matches in the Premier League.

Tottenham managed to score at least two goals in all but one of their matches in April, the exception being a 1-0 win away at Crystal Palace, where a Christian Eriksen strike secured the three points.

This impressive record saw Spurs hit 16 goals past their opponents in April, conceding a solitary goal in the 3-1 win over Swansea.

Pochettino was humble in accepting the award, insisting that their strong showing was a team effort on the club’s official Twitter account.

"For me it's an award, a trophy that deserves to be shared with everyone at the club."

A humble Mauricio on his manager of the month award. pic.twitter.com/W5gc8kk48U

Tottenham’s impressive run ensured that the pressure was kept on league leaders Chelsea in the fight for the Premier League title.

Pochettino said on the club’s official Twitter account: “It was fantastic to keep the mentality, the hope of fighting for the Premier League.

“It was a fantastic month for the team.”

However, their hard work was undone when May came around, as they suffered a surprise 1-0 defeat away to West Ham to put the title race firmly in their London rivals’ hands.

Chelsea know that they can secure Premier League glory with victory over West Bromwich Albion on Friday night.

In other Tottenham news, Phil Thompson excluded a key man from his Spurs and Manchester United combined XI.