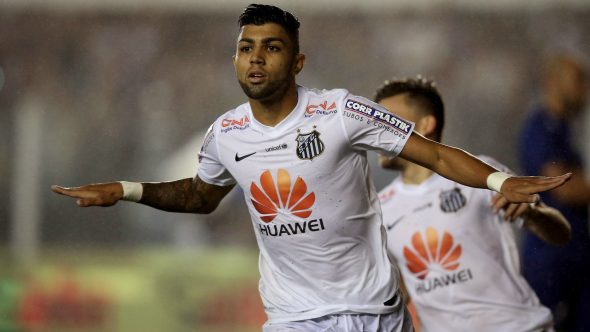 Tottenham and Liverpool have both entered the race to sign Inter Milan’s £26million attacker Gabriel Barbosa, according to a report.

News outlet Bleacher Report claims Spurs and the Reds are among a number of Premier League teams that have “expressed an interest” in snapping up the 20-year-old this summer.

It is understood that West Ham have been keeping tabs on the in-demand Serie A forward for a long time, but the report claims that Everton, Leicester, Stoke, Southampton and Swansea are also keen.

Bleacher Report adds that Inter Milan would be inclined to letting Barbosa leave the San Siro on a loan deal this summer after they only signed him from Brazilian titans Santos last year in a deal reported by the Mirror to be worth a stunning £26million.

The Mirror has also previously reported that the four-times Brazil international might struggle to obtain a work permit ahead of a switch to England.

Barbosa, nicknamed Gabigol, only featured ten times across all competitions for Inter Milan last season, and that lack of game-time could hinder a potential switch to the Premier League.

Tottenham definitely need a new attacker this summer. Barbosa can play on both the wing and as a striker so he could be a good replacement for Moussa Sissoko or Vincent Janssen. However his lack of appearances for Inter Milan last season means that there should be some cause for concern. If he is that talented, then he had to have played more for a team that isn’t exactly one of the best in Italy at the moment. Liverpool are a team that definitely do not need Gabigol as they are more than well-stocked in the attacking area with Mohamed Salah joining up with Roberto Firmino, Divock Origi, Sadio Mane, Daniel Sturridge and the mercurial Philippe Coutinho.

In other Tottenham news, former Hull boss Phil Brown has suggested that Spurs have received bids for two of their key players.